SpaceX successfully completed its first launch of 2018 Sunday night, sending a highly secretive U.S. government spacecraft into orbit before carrying out an upright landing of the rocket’s first stage.

The classified payload, named Zuma, took off at around 8 p.m. from Cape Canaveral Air Force Station in Florida on a Falcon 9 rocket and was sent into low-earth orbit. Little is known about the mission’s objectives.

SpaceX cut its live web feed shortly after separation of the payload from the rocket, citing the classified nature of its cargo. After delivery, the live video feed resumed to show the upright landing of the rocket’s first stage, which can be reused in future launches — a key component of the firm’s plan to slash the cost of space flights.

Defense contractor Northrop Grumman selected Elon Musk’s SpaceX Technologies to carry out the Zuma launch, according to Bloomberg. Liftoff was originally scheduled for November, but was hit with several delays.

A Northrop Grumman spokesperson told Bloomberg that SpaceX provided the “most affordable and lowest risk scenario for Zuma.” The company has not disclosed which arm of the government it is working on behalf of.

SpaceX completed 18 launches last year, the most it has accomplished in a calendar year. It has said it’s aiming for around 30 missions this year. 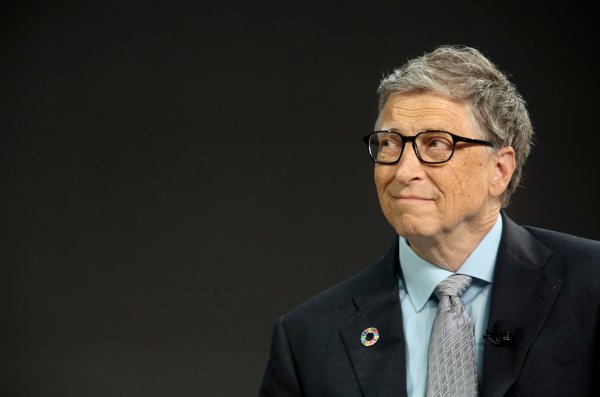 Bill Gates Thinks These 6 Innovations Could Change the World
Next Up: Editor's Pick