A Brief History of Sports and Politics on the Korean Peninsula

At the tail end of September, in a tiny arena in a skiing town near Germany’s Bavarian Alps, two North Korean figure skaters put in the performance of their careers to earn qualification for the 2018 Winter Olympics. Kim Ju-sik, 25, and Ryom Tae-ok, 18, glided across the ice — to “Je ne suis qu’une chanson,” an anthem by Canadian diva Ginette Reno — and logged a career-best total score of 180.09 points.

Two months later, Pyongyang test-fired a Hwasong-15 missile, boasting that it was capable of striking the continental United States. Then, in his New Year’s address, North Korean leader Kim Jong-un spoke of a “nuclear button” on his desk that put “the whole territory of the U.S. within the range of our nuclear strike.” U.S. President Donald Trump responded in kind, boasting of the size and potency of his own nuclear button.

In a year of saber-rattling and nuclear brinkmanship, the two figure skaters — the only North Koreans so far to qualify for the 2018 Winter Olympics in PyeongChang, South Korea — provided a rare glimmer of positive news from the pariah nation. This Tuesday, diplomats from Seoul and Pyongyang met at the border-straddling town of Panmunjom for the first high-level talks between the countries since 2015. Top of their public agenda: Olympic cooperation.

North Korea has won a total of 56 medals since it first participated in the Olympics in 1964 and two of those have come at the Winter Games, the BBC reports. But beyond the tables and tallies, sports competitions have provided opportunities for both rupture and repair in relations between Seoul and Pyongyang.

Here is a look at how sport and politics have intersected — at times with tragic and even deadly consequences — on the Korean Peninsula.

The attack on Flight 858

When South Korea’s capital Seoul was awarded the 1988 Summer Olympics in 1981, it caused consternation on the other side of the DMZ. Pyongyang initially campaigned to co-host the competition with Seoul, the BBC reports. But when that didn’t work, North Korea not only boycotted the games — it used terrorism to try and sabotage them.

In a shocking bid to deter foreigners from traveling to the games, two North Korean agents planted a bomb on Korean Air Flight 858 in November 1987 The plane exploded above the Andaman Sea, killing all 115 people onboard.

“I was told by a senior officer that before the Seoul Olympics we would take down a South Korean airliner,” surviving assassin Kim Hyun-hui told the BBC in a 2013 interview. “He said it would create chaos and confusion in South Korea. The mission would strike a severe blow for the revolution.”

North Korea was not the only nation that offered to host the 1988 Olympics after it had been awarded to Seoul in ’81. Rival cities argued that Seoul would not be ready. Critics also feared that then-dictator Chun Doo-hwan would launch a bloody crackdown on the pro-democracy movement that was gathering steam. Los Angeles — the venue for the 1984 Games — even proposed hosting a second successive competition.

As it was, the international scrutiny that came with the Olympics was credited with restraining Chun’s hand, and paved the way for the country’s first free elections in 1987. South Korea has been a democratic nation since.

The Olympics were heralded as an unbridled success, rebranding Seoul as the capital of a modern, dynamic country, and shaking loose some of the grim associations of the 1950-53 war. The year 1988 was “basically the coming-out party for Korea on the world stage”, Lee Charm, former head of the Korea National Tourism Agency told the South China Morning Post in 2015.

But human rights abuses still lurked under the gleaming stadia. The capital’s facelift involved the displacement of hundreds of thousands of people, according to a U.N. fact-finding mission. An AP investigation published in April 2016 found that authorities had also rounded up the capital’s homeless, among them “children and the disabled,” and sent them to clandestine workhouses ahead of the Games. Over the next few years, hundreds of South Koreans were allegedly beaten and raped in such institutions, and some were even killed, as they generated millions of dollars through slave-like labor, making cheap goods for export. Nobody has been held accountable for the abuses.

A unified team and flag

Some officials have suggested that the two Koreas should field a joint team if North Korea attend the forthcoming Winter Olympics. Although it’s never happened at a multi-sport competition like the Olympics, a joint Korea team is not unprecedented.

In the years after the bombing of Korean Air Flight 858, a unified table tennis team was formed in a bid to ease tensions on the peninsula, and the combined team was sent to the 1991 World Table Tennis Championships in Chiba, Japan. It was the women who excelled: North Korean Ri Pun-hui and South Korean Hyun Jung-hwa snatched gold from formidable Chinese opponents. The Koreans in attendance waved white flags emblazoned with blue images of the entire undivided peninsula, NYT reported in 1991

North Korea and South Korea have also paraded under a unified flag on several occasions. The first time was at the opening ceremony of Sydney 2000 Games. Athletes from the two Koreas also marched together at the 2002 Asian Games in the South Korean city of Busan, the 2004 Athens Olympics, the Turin Winter Olympics in 2006, and most recently at the 2007 Asian Games in Changchun, China.

With the rare exception of an experimental joint team fielded for the 1991 FIFA World Youth Championship, North-South Korea soccer rivalry has run long and deep. In the women’s game, the North usually beat their southern rivals; while in the men’s game, it’s the South that mostly comes out on top.

That’s what happened in the 2014 Asian Games, when the North Korean men’s team fell 1—0 to the South. The North was so sore about the loss that, despite a great build-up, the result of the match was never made public north of the DMZ, according to the BBC.

Still, there are worse fates than having your results scrubbed from the history books. A member of the North Korean judo team, who later defected from the country, told Reuters that while some winning medalists were given apartments and cars, he was sent to a gulag as punishment for losing to a South Korean athlete at the Beijing Asian Games in 1990. 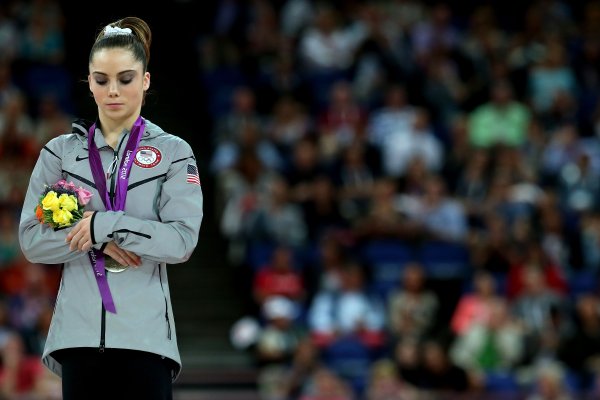