Winona Ryder has had a noteworthy couple of years, returning to the spotlight with her turn as an incessantly worried mother on the Netflix hit Stranger Things. Last year, she appeared at the Golden Globes as a nominee for Best Actress in a Television Series Drama. This year, during the 75th Golden Globe awards, she appeared in a somewhat different capacity: a L’Oreal Paris commercial for its Elvive shampoo.

In the L’Oreal commercial, an actor in a glamorous black dress waits in her dressing room, preparing to make a high-profile appearance. We can’t see her face, though we can see her shiny, perfectly curled chestnut locks. After some build-up, the ad cuts to a shot of Ryder’s face followed by the words, “Everyone loves a comeback. Damaged hair deserves one too.”

The Internet had a lot of feelings about Ryder’s L’Oreal commercial. Some were just happy to see Ryder in a new drama on Sunday evening.

And one astute viewer was disappointed that the commercial missed an opportunity to make use of an iconic Ryder line. 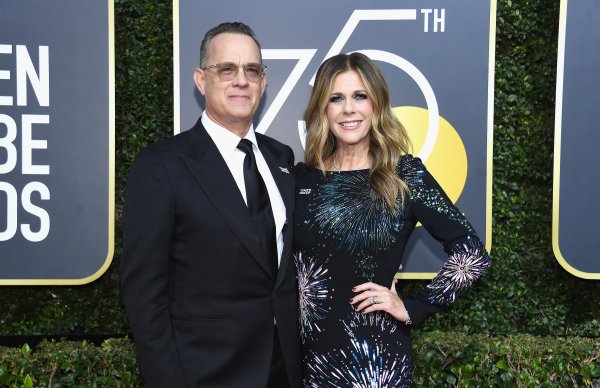 Tom Hanks Delivering Martinis at the Golden Globes Will Make You Want to Sit at His Table
Next Up: Editor's Pick