At last year’s CES, among the biggest technology conferences of the year, it felt like you couldn’t turn a corner without hearing about Alexa, Amazon’s virtual assistant. This year, Google is hoping to make sure that doesn’t happen again.

The search giant, which typically doesn’t exhibit products at CES (formerly the Consumer Electronics Show), is making a slew of new announcements about the its own virtual helper, the Google Assistant, at this year’s conference. Google revealed that the Assistant is coming to a variety of new devices, including new voice-activated speakers, Android-powered TVs, headphones, and cars that support Android Auto.

The new Google Assistant-compatible speakers will be made by companies such as Bang & Olufsen, Altec Lansing, Anker Innovations, JBL, and iHome, among others. TV makers such as Hisense, Xiaomi, and Skyworth will be bringing Google’s voice-activated helper to their Android TVs. And new headphones from JBL, Sony, LG, and Jaybird will also have the capability to summon Google’s digital helper.

But Google is also taking a more direct shot at Amazon with the announcement of Smart Displays, a new type of device that will run on the Google Assistant. Smart Displays are a bit like Google’s Home smart speaker in that they’re voice-centric computers, but there are a few important differences. As its name implies, Smart Displays include interactive touchscreens similar to Amazon’s Echo Show, unlike the Google Home, which primarily relies on voice commands. Also unlike the Home, Smart Displays are made by Google’s hardware partners, rather than in-house — Lenovo, JBL, LG, and Sony are all involved. Smart Display’s are Google’s answer to Amazon’s Echo Show, which also includes a tablet-like touchscreen.

I got an early preview of Lenovo’s Smart Display, which looks just like a tablet with a larger speaker at first glance. But it doesn’t behave like a traditional tablet: you don’t interact with it by managing and installing apps. The Smart Display runs on Android Things, Google’s platform for Internet of Things devices, rather than the standard version of Android.

Read more: 3 Things to Expect at CES 2018, the Biggest Tech Show of the Year

The Lenovo Smart Display is meant to be used for just about any task you might also do with the Google Home: playing music, controlling smart home devices, and pulling up recipes or restaurant recommendations, for instance. But since the Smart Display has a screen, the device will show users helpful information when answering their questions. When asking the Smart Display where to go for dinner, it will show nearby restaurant recommendations from Google Maps, which the user can then tap to learn more about different locations. Google is also putting emphasis on understanding context — for example, if it knows that a particular restaurant was selected, the user can ask “How do I get there?” rather than reciting the name of the place.

And crucially, Google’s Smart Displays can play YouTube videos. That gives it an edge over the Echo Show, considering Google pulled support for the YouTube app on Amazon’s touchscreen device last year. Lenovo and Google’s new device also has an advantage over Amazon when it comes to aesthetics: Whereas the Echo Show looks bulky and rigid, the Lenovo Smart Display has a sleeker, more polished design that blends more easily into the home.

Read more: 3 Things I Love About Amazon’s Newest Echo (And 3 Things I Didn’t)

The Smart Display also integrates with smart home devices, including those made by Nest, which is owned by Google’s parent company, meaning parents can use the Smart Display to view a live feed from a Nest security camera. The Lenovo Smart Display will be available this summer in two sizes: an 8-inch model that costs $199.99 and a 10-inch version priced at $249.99. Amazon’s Echo Show, by comparison, is priced at $229.99.

Google has also added animations to complement some of the more personality-driven features of the Google Assistant. When playing the Lucky Trivia game, for example, the Assistant will show the questions and multiple choice options on screen accompanied by bright and fun visuals. A virtual birthday cake with confetti appears when the Assistant is asked to sing Happy Birthday.

Google’s presence at CES is significant in and of itself. Not only will the company host an exhibit called the Google Assistant Playground, but it has Assistant-related advertisements plastered on Las Vegas’ monorail and on the casino-ridden strip. Most large technology companies, like Apple, Microsoft, Facebook, and Amazon, reserve their product announcements for their own keynotes and events. Even Amazon, whose Alexa platform dominated CES in 2017, didn’t have a physical presence at the show — many of the Alexa-related announcements came from partners like Whirlpool, GE, and Dish, which shared details on how the virtual helper is being integrated into their products. This year, Google is determined to make CES attendees — and the world — forget about Alexa. 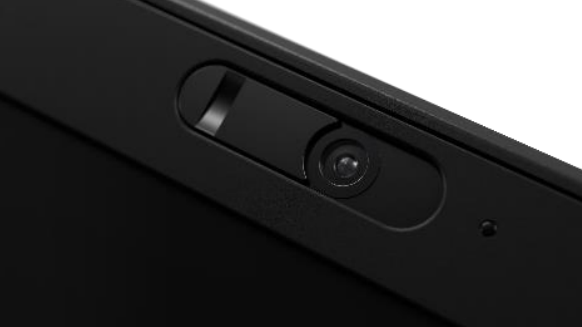 Lenovo's New Laptops Have a Really Smart Feature if You're Concerned About Webcam Privacy
Next Up: Editor's Pick