During a visit to Camp David Saturday, President Donald Trump doubled down on his morning tweets in which he called himself “like, really smart” and “a very stable genius.”

When asked by a reporter why he felt compelled to tweet about his mental state, Trump said the messages were meant to refute accounts of his presidency — and allegedly dubious competence — in Michael Wolff‘s book Fire and Fury: Inside the Trump White House.

After saying he was a “very excellent student” at “the best colleges, or college,” Trump boasted about his success in business, television and politics. He then said Wolff “doesn’t know me at all” and did not interview him for the book, as Wolff has claimed.

“I don’t know this man. I guess ‘Sloppy Steve’ [Bannon] brought him into the White House quite a bit,” Trump said. “That’s why Sloppy Steve is now looking for a job.”

You can see Trump’s full response in the video above. 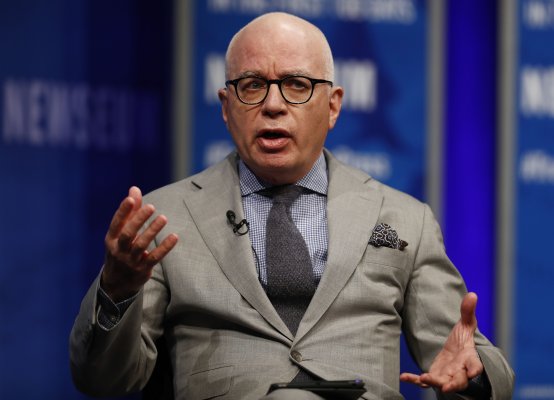 Who Is Michael Wolff? What to Know About the Author of the Explosive New Trump Book
Next Up: Editor's Pick