After Trump tweeted on Tuesday that he has a “bigger and more powerful” nuclear button than North Korean leader Kim Jong Un, a number of users interpreted his message as a threat of nuclear war and called for the site to block Trump’s account. After the tweet was posted, anti-Trump group Resistance SF projected the message, “@jack is #complicit,” referring to Twitter’s CEO Jack Dorsey, on the exterior of company’s California headquarters.

Twitter on Friday posted a blog entry responding to “discussion about political figures and world leaders on Twitter,” without explicitly naming Trump. In the post, the site maintains that political figures, however controversial, should not be blocked due to their “outsized impact on our society.”

“Blocking a world leader from Twitter or removing their controversial Tweets would hide important information people should be able to see and debate. It would also not silence that leader, but it would certainly hamper necessary discussion around their words and actions,” the post reads. “We review Tweets by leaders within the political context that defines them, and enforce our rules accordingly.”

Twitter forbids tweets that threaten or glorify violence, according to its website, but acts of war, military attacks, state-sanctioned executions and natural disasters do not fall under its violence glorification parameters.

The site made headlines last year when a rogue employee shut down Trump’s Twitter for 11 minutes. The employee who claimed responsibility said it was “just random” and Twitter said it had “taken a number of steps to keep an incident like this from happening again.” 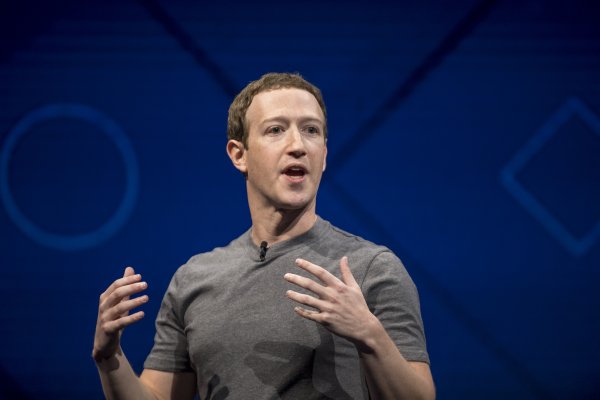 Mark Zuckerberg's New Year's Resolution Is a Huge Deal for Facebook — and the World
Next Up: Editor's Pick