A man with ties to white supremacist groups has been charged with terrorism after he allegedly tried to derail an Amtrak train, according to newly unsealed court documents.

Federal authorities say Taylor Michael Wilson, 26, suddenly sent a Missouri-bound Amtrak passenger train hurtling to a halt in rural Nebraska on Oct. 22, 2017 when he breached a restricted area and trigged the emergency brakes about 2 a.m.

The suspect from St. Charles had ties to white supremacy groups and an “interest in killing black people,” according to an FBI affidavit unsealed Wednesday. It’s unclear if those activities had anything to do with his attempted train attack.

At the time of the Amtrak incident, he was armed with multiple weapons, including handguns, a knife and a hammer, authorities said.

Witnesses told investigators Wilson was erratic and insisted he was in charge. “I’m the conductor, b—h,” Wilson allegedly said, according to the affidavit.

Amtrak employees were able to detain Wilson until authorities arrived. The Amtrak train was en route from Sacramento, California when it stopped in Furnas County near Oxford, Nebraska. There were about 175 people on board, according to the Associated Press.

Wilson has been charged with terrorism attacks and other violence against railroad carriers and mass transportation systems.

Authorities say Wilson has no prior criminal history. It’s unclear whether Wilson retained an attorney to represent him in the case. The FBI’s Omaha field office did not provide further comment Friday. 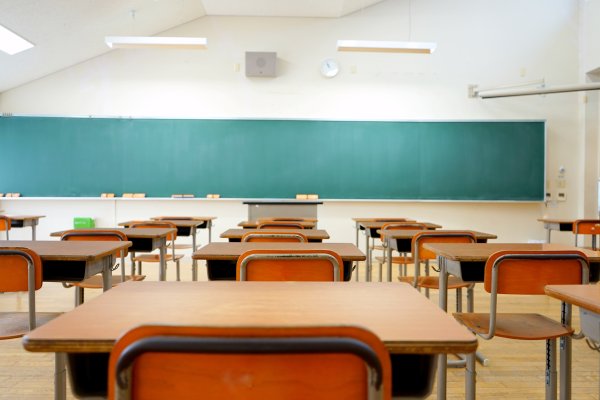 High School Teacher Accused of Having Sex With Student in Car Gets Probation
Next Up: Editor's Pick