A Tibetan activist has been put on trial in China under charges of “inciting separatism” that could see him imprisoned for more than a decade after he appeared in a 2015 documentary produced by The New York Times.

Tashi Wangchuk pleaded not guilty to the charges at a trial that lasted just four hours on Thursday in the western Chinese city of Yushu, the Times reports. Tashi, who has been in detention for the past two years, faces up to 15 years in prison if convicted.

In the nine-minute video, Tashi advocates for wider use of the Tibetan language in local classrooms, where most students are ethnically Tibetan but classes are conducted in Mandarin. He travels to Beijing in an unsuccessful attempt to sue Yushu officials.

Rights groups have criticized his detention, with Amnesty International slamming the trial as “ludicrously unjust” and a “sham.”

“It is appalling that Tashi Wangchuk could face up to 15 years’ imprisonment simply for expressing his views in media interviews. These are blatantly trumped up charges and he should be immediately and unconditionally released,” said Amnesty International East Asia Research Director, Roseann Rife.

The prosecution’s case relies heavily on the video, Tashi’s lawyers said. At the trial, the judge said he would announce the verdict at a later date. China’s ruling Communist Party controls the judicial system, which nearly always convicts defendants.

Tibet is governed as an autonomous region of China, but critics say Beijing authorities have long stifled any dissent and pursued policies there that threaten Tibetan culture, religion and language. Beijing denies human rights abuses in the region and says Tibet has developed economically under its rule. 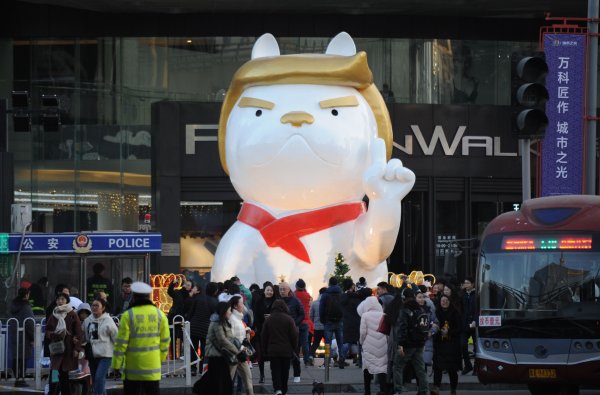