Although Diddy stated that he was “only joking” after announcing that he had changed his name to Brother Love in November, it turns out he’s sticking with the new moniker.

During a Wednesday appearance on Jimmy Kimmel Live!, the hip hop mogul — who also goes by P. Diddy, Puff Daddy, Puffy and his real name, Sean Combs — explained that while he decided to drop the “Brother,” he now responds to “Love.”

“I never went back to Diddy and I made an edit from Brother Love, since I’m already black, to just Love,” he told Kimmel. “The Brother seemed redundant. And it’s working out great. Who doesn’t love Love?”

However, that doesn’t mean you can’t refer to him by his more familiar handles. “You can call me by the other names,” he said. “This is just an evolution of my soul and my vibration. I’m Diddy, but during the days that are really, really good, I’m Love – which is all of the time.” 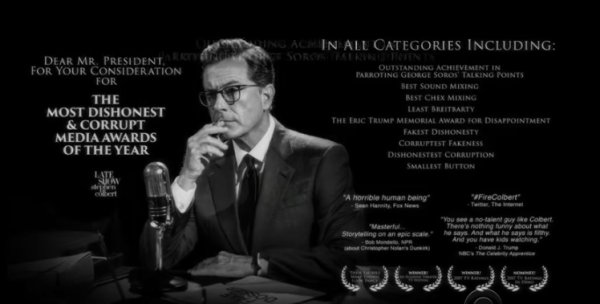 Stephen Colbert Actually Has a Billboard for Trump's Dishonest Media Awards
Next Up: Editor's Pick