The U.S. Just Canceled War Drills Off the Korean Peninsula During the Olympics

This picture taken on December 12, 2017 shows a South Korean worker setting up a cable at the Olympic Stadium, the venue of the opening and closing ceremony for the PyeongChang 2018 Winter Olympic Games, in Pyeongchang.
AFP Contributor—AFP/Getty Images
By W.J. Hennigan

With hundreds of thousands of people headed to eastern South Korea for this year’s Olympics amid a tense nuclear standoff, the U.S. and South Korea agreed it was a good idea to delay regular war drills until after the winter games were over.

The PyeongChang Olympic Games, set for Feb. 9 to 25 followed by the Paralympics from March 8 to 18, will take place in a mountainous, snow-blanketed region of South Korea located about 50 miles south of the Demilitarized Zone, a heavily fortified border area where North and South Korean troops maintain a constant presence in a tense stand-off.

President Trump and South Korean President Moon Jae-In decided Thursday in a phone call to put off the two-month-long military exercise, dubbed Foal Eagle, which involves air, sea and special operations drills. North Korea considers the annual event to be a threat and prelude for war.

“I believe it would greatly help ensure the success of the Pyeongchang Winter Olympic Games if you could express an intention to delay joint South Korea-U.S. military exercises during the Olympics in case the North does not make any more provocations,” Moon told Trump, according to South Korea’s Yonhap news agency.

The White House issued a statement on the call that said the U.S. and South Korea “are committed to a safe and successful” Winter Olympic Games.

“The two leaders agreed to de-conflict the Olympics and our military exercises so that United States and Republic of Korea forces can focus on ensuring the security of the Games,” the statement said.

The call between Moon and Trump came a day after North and South Korea re-opened dialogue channel via cross-country hotline — talks that had been dormant since December 2015. The conversation came two days after Trump took to Twitter to say he has “a much bigger & more powerful” nuclear button than North Korean leader Kim Jong-Un, the latest brash statement in a war of words between the two.

Indeed, large-scale military exercises have long been a concern on the Korean Peninsula when tensions rise, which has been the case since Trump took office. The chance for miscalculation could have dire consequences during tense periods.

In 2014, Malaysia Airlines Flight 17 was shot down killing 283 passengers and 15 crew members while flying over a war-torn region of eastern Ukraine that had been the scene of fierce fighting between the Ukrainian forces and Russian-backed separatists. A multi-national investigation report issued in 2016 investigators said it found “irrefutable evidence” that the airliner had been shot down by a Russian BUK missile, which the Kremlin has denied.

In 2010, a torpedo sank a South Korean navy ship operating in the Yellow Sea, killing 46 sailors. The North Korean government denied its involvement, despite evidence to the contrary.

And in 1983, Korean Air Lines Flight 007 from Anchorage to Seoul was shot down September 1983 by a Soviet fighter jet, killing 246 passengers and 23 crew members. The 747 jumbo jet had deviated from its original planned route and flew through prohibited Soviet airspace during a tense moment of the Cold War. The Soviet Union initially denied involvement, but later admitted it had shot down the airliner. 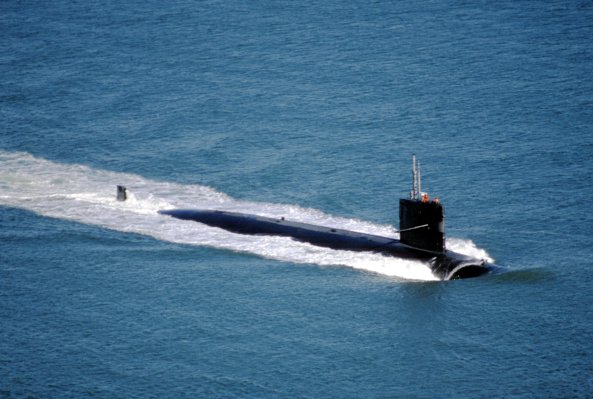 Navy's New Nuclear Submarine Likely to Be Way Over Budget
Next Up: Editor's Pick