Women Are Getting Male Harassers’ Jobs. But Don’t Call it a Coup

If 2017 closed with men on the retreat, then 2018 started off with women on the advance. On day two of the New Year, Hoda Kotb officially became a co-host of NBC’s Today show, taking the seat vacated by Matt Lauer, who was let go after allegations of sexual harassment and misconduct. The announcement of Kotb’s promotion was greeted with the sort of joy normally reserved for the winner of a national election. Which it was, in a sense. It’s not just that this is one of the first times in American history that an all-female team will guide the nation through the terrain of morning TV news. It’s that a talented woman is replacing a man who appears to have imagined himself so untouchable that he could touch anyone anywhere anytime.

Kotb’s prime-time gig puts a 4.6 million–viewer data point on a trend emerging from the wreckage of the reckoning. TIME has counted more than 100 high-profile men (and one woman) called out for sexual misconduct since the first Harvey Weinstein story broke, in October. Many of those guys lost their jobs. And now women are being hired to do some of them. Christiane Amanpour is hosting in Charlie Rose’s old spot. Alex Wagner will take Mark Halperin’s place on Showtime’s politics show The Circus. Robin Wright became House of Cards’ leading star after Kevin Spacey got the ax. Top editors at National Public Radio and the Paris Review are now women. Tina Smith has just filled Al Franken’s Minnesota Senate seat. On it goes, and likely will keep going.

On many levels, for many people, this turn of events feels deeply satisfying. When is justice ever this prompt? When is progress ever this visible? It says change can happen literally overnight. One day an accomplished man is accused of treating women like objects, and the next day, boom, he’s been replaced by said object.

But it’s a mistake to think of this as a revolution, or even as women pulling off a bloodless coup against the patriarchy–and not just because those rarely end well. These now disgraced men are not being replaced by women as an act of revenge, but because the women are the best candidates for the job. It’s promotion of the fittest. It’s evolution.

“Not only are these positions all being filled by women, but they are being filled by really super-qualified women who have been around the whole time,” says Patty McCord, a former chief talent officer at Netflix and the author of Powerful, a book on corporate culture and how to change it. One of the historical explanations for the dearth of women in leadership positions, she notes, is that there aren’t enough women with the relevant experience. No longer. “This puts the kibosh on the idea that the problem is the pipeline,” she says.

While signs of change are thrilling, let’s not break into a victory song just yet; most of the iceberg is still underwater, and those at the bottom are still frozen out. According to the left-leaning Center for American Progress, sexual-harassment complaints in health care, hospitality, food and other service sectors, where women represent more than half of all workers, vastly outnumber those in media and entertainment. And the government agency that handles such complaints, the Equal Employment Opportunity Commission, has a backlog of cases that runs into the tens of thousands.

“We need to see how deep this change goes,” says Ellen Bravo, co-director of the advocacy group Family Values @ Work, who has been tracking the issue since her book The 9 to 5 Guide to Combating Sexual Harassment was first published, in 1992. “We’ve seen sparks before, and then either a backlash or a flagging. This is a step.”

Kotb, Amanpour and their incidental sisterhood are going to be under considerable pressure to perform, since there will be some suspicion that they got the jobs in the name of overcorrection, not talent. And they have the added responsibility of making sure they bring others along with them. Just before Kotb’s promotion was announced, 300 female actors, producers and media types announced a new initiative to end harassment in ways that would go beyond their own sparkly industry. The loosely affiliated group has a name that seems to sum up the prevailing state of affairs: Time’s Up. 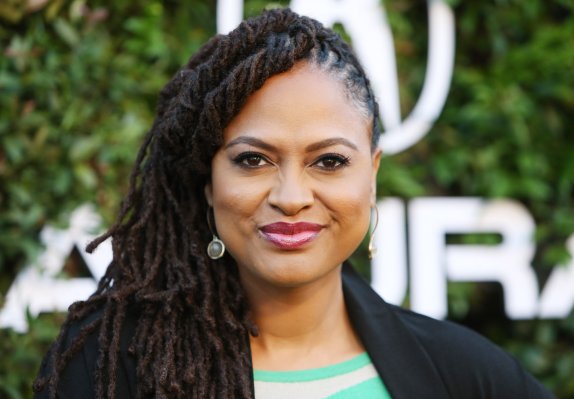 Hollywood Women Launch Time’s Up to End Sexual Harassment. Here’s Their Plan
Next Up: Editor's Pick