I am not a masochist, and clearly as a singer in a rock ‘n’ roll band I prefer the roar of the stadium’s affection to the whistles and boos of town-hall politics. But I must say I quite enjoyed the trouble I got into about a year ago when I was the lone man honored as part of Glamour’s Women of the Year awards. My favorite trash-talking tweet came from a woman who said that in my defense, my glasses did make me look like a 75-year-old granny from Miami. Or another who said it was inspiring how I’d overcome “the adversity of being a millionaire white dude.”

I was aware and I was glad that I was being offered up as a firestarter for a debate the magazine rightly wanted to have about the role of men in the fight for gender equality. It seemed obvious to me that the sex who created the problem might have some responsibility for undoing it. Men can’t step back and leave it to women alone to clean up the mess we’ve made and are still making. Misogyny, violence and poverty are problems we can’t solve at half-strength, which is the way we’ve been operating for a few millennia now.

I say it seemed obvious to me, but if I’m honest, it didn’t always. I have been home-schooled on this issue in a very powerful way by my wife Ali and our two daughters. The news that I was getting Glamour’s first Man of the Year award amped up a conversation in our house–that Eve and Jordan think is the only conversation–about the fact that, as Jordan reminds me, there is nowhere on earth where women have the same opportunity as men. Nowhere. Which has something to do with the fact that around the world, there are 130 million girls who are not in school. That’s so many girls that, if they made up their own country, it would be bigger in population than Germany or Japan.

Denying girls what an education offers–a fair shot, a path out of poverty–means that women can work the land but can’t own it; they can earn the money but can’t bank it. This is why poverty is sexist, as we say, and say loudly, at ONE to anyone listening, especially the world leaders who are supposed to guarantee universal access to education by 2030, the target they set in the Sustainable Development Goals.

There isn’t just room for righteous anger at the injustice of all this, there is a need for it and for outrage at the violence–physical, emotional and legal–that perpetuates it. But there is also, in the facts, room for hope. Because the research is clear–it’s plain on the page and has been proved on the ground–that funding girls’ education isn’t charity but investment, and the returns are transformational.

Give girls just one additional year of schooling and their wages go up almost 12%. Give them as much schooling as boys get and things really start changing. Closing the gender gap in education could generate $112 billion to $152 billion a year for the economies of developing countries. When you invest in girls and women, they rise and they lift their families, their communities, their economies and countries along with them. They rise–and they lead.

That is, unless they continue to be held back and pushed down. Which could be the case. We’ve had a hard lesson over the past year that the march of progress is not inevitable. Sexism is rampant, conscious and unconscious. I’m still working on my own. Hopelessness is running high right now, and cynicism is cresting. But these are things the world can’t afford. There are 130 million girls counting on women and men to get our collective act together, push for better policies and pressure politicians to do more and fund more of what works–things like the Global Partnership for Education, which is due for replenishment early this year.

The key lesson in my own home-schooling is something Ali has been saying to me since we were teenagers: don’t look down on me, but don’t look up to me, either. Look across to me. I’m here. It just may be that in these times, the most important thing for men and women to do is to look across to each other–and then start moving, together, in the same direction. Making education a priority is a way of making equality a priority, and even men with limited vision should see that’s the only way forward. 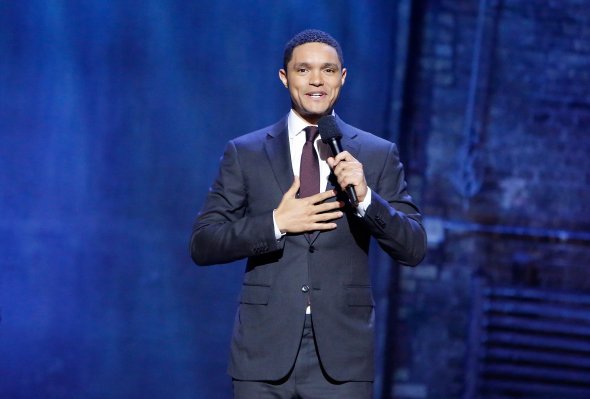 Mock Millennials All You Want. Here's Why They Give Me Hope
Next Up: Editor's Pick