Mock Millennials All You Want. Here's Why They Give Me Hope

Trevor Noah on The Daily Show Undesked Chicago 2017: Lets Do This Before It Gets Too Damn Cold on October 16, 2017 in Chicago, Illinois.
Getty Images
Ideas
By Trevor Noah

I grew up in South Africa during apartheid. Black people lived in separate areas from white people. They had different rules. They were segregated. This was particularly tough for me, because I grew up in a mixed family, with me being the mixed one.

My mother is a black woman, Xhosa woman, from South Africa. My father is Swiss from Switzerland and a white man. They got together during apartheid, which was against the law, and they had me. That’s really where our journey began, because we were a family that couldn’t be together. We were a family that was, for all intents and purposes, a crime. Me being born from my mother was me being born a crime.

Despite that–or maybe because of that–I grew up surrounded by optimism: the ability to see the potential no one else could see, at a time when no one had the right to see it. My mother was full of optimism. She is a beautiful, powerful woman who endured a lot during her life. We lived through Apartheid. We lived through her marrying a man who was extremely abusive and an alcoholic. Through all of that, my mom had the ability to appreciate the reality of the world she was in while also optimistically pursuing the future in which she wished to exist.

People always ask, Is the world getting better or is it getting worse? Depending on whom you ask, there will always be a different answer. I’ve come to find one of the reasons I believe the world is getting better is because we have access to information on how bad the world actually is.

As a young person, and as someone who makes a show about the news and politics, I’ve come to realize that information is one of the most powerful tools. We do come from an age where there is misinformation and disinformation. But, now more than ever, young people communicate across borders, across continents. You see people in England and America and South Africa tweeting and talking to people in Myanmar. You see people speaking out about what’s happening in Sudan. You see people commiserating with victims of hurricanes across the Caribbean or Texas.

Millennials oftentimes are mocked–people say they’re lazy, that they’re entitled and that they cry about small things (which is true). But they’re also driven. They wish to make a change. They believe that they can make a change, partly because of the information and the tools that they possess.

More than ever, we see that in America. Not only are young people growing into the world of politics, but they’re engaged in a way where they understand that they can actually change the course of history, as opposed to just being a part of it.

In South Africa, we see the same thing–young people standing up and saying we don’t accept the status quo, we can change our destiny, we can change the future, we can be a part of this world. You feel it. 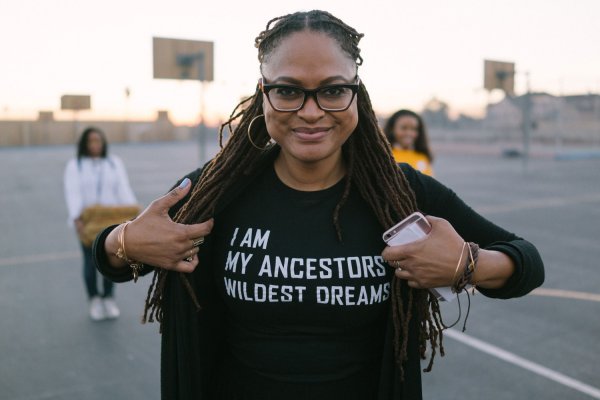 Ava DuVernay on What Gives Her Hope
Next Up: Editor's Pick