Waves whipped up by the wind of Storm Eleanor lash against the sea wall on Jan. 3, 2018 in New Brighton, United Kingdom.
Christopher Furlong/Getty Images
By Katie Reilly

The storm battered France, Germany, Switzerland and the Netherlands on Wednesday, after hitting the U.K., where thousands of homes are still without power and winds reached 100 miles per hour, according to the BBC.

A skier in the French Alps died after being hit by a falling tree, the New York Times reported. Two people died on the northern coast of Spain after being swept away by a wave, according to the BBC. And several people were injured after winds blew a train off its tracks in Switzerland.

About 200,000 households in France lost electricity as a result of the storm, the Associated Press reported, while strong winds caused flight delays at major airports in Paris and Amsterdam. 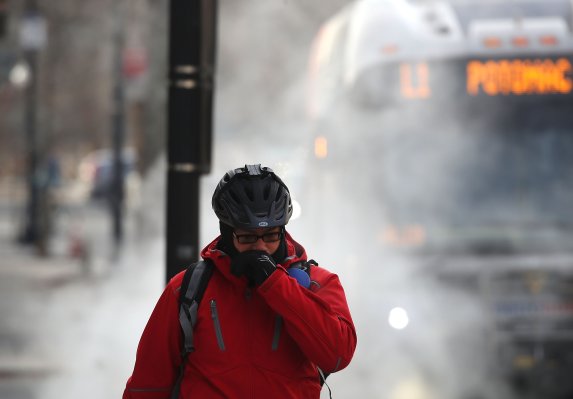 Major Winter Storm Bears Down on East Coast
Next Up: Editor's Pick