HQ Trivia is the quiz show app that’s taken the world by storm, often garnering over 300,000 and as many as 700,000 real-time participants during its two live quiz times daily and becoming quite the popular game in the App Store.

Although the trivia tends to start out easy enough, each 12-question “show” ends up weeding out avid users as they’re unable to answer the queries presented by the popular host, Scott Rogowsky. So when you actually win something on HQ — the prize is cash, often $1,000 split between winners — it can be a fairly big deal.

Enter Lauren May, an HQ player who was captured on camera after discovering she had won a whopping $11.30 playing the game this week. It’s hard to describe the full extent of the sheer drops and high highs of her emotions as she realizes just what’s going on, all captured on video by her friends and shared to Twitter for posterity.

To top it all off, host Rogowsky crowned her “HQtie of the year,” to which she had another emotional response and called it the “best thing that’s ever happened” to her — and even engaged in a Twitter back-and-forth with Rogowsky himself. “Some of us have to enjoy the little things in life,” she explained of her overwhelming reaction to the news.

Not everyone, however, understands her powerful response to the small prize.

But others who are similarly invested in the HQ Trivia experience are on her side. 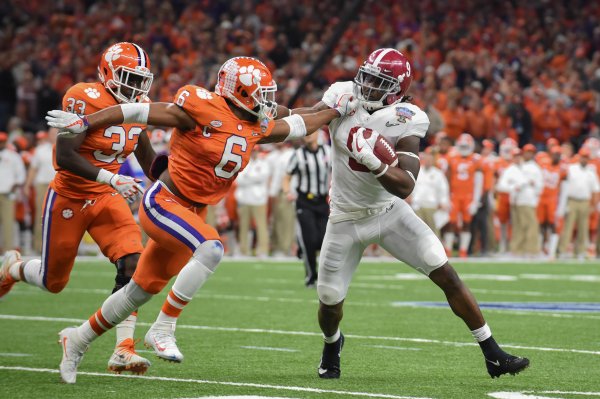 This Football Fan's Shocked Reaction Is the Internet's New Favorite Way to Express Disbelief
Next Up: Editor's Pick