Every now and again, you might find yourself in an uncomfortable conversation. Sometimes it’s an important, unavoidable talk with a loved one. Other times, it might be a chat that wanders into an intense conversation quickly turning hostile rather than friendly.

With most uncomfortable conversations, a few tips can help you survive the encounter without making the situation worse. Here’s advice from three behavior, conversation and etiquette experts that can help you get through serious talks.

1. Don’t go in thinking the worst

“Typically people think it’s going to be really uncomfortable,” says Emma Levine, an assistant professor of behavioral science at the University of Chicago Booth School of Business. Levine notes that approaching a difficult conversation with a negative attitude can lead people to avoid an important discussion.

In addition to conversations often not being as bad as people sometimes think they will be, they can often be necessary. It can also help to think about the other person’s perspective and whether that person would like you to be honest and have that conversation, Levine suggests.

“The moment you use words like ‘you did or said this’ or ‘you are this,’ the person automatically becomes defensive. You can just describe the situation and how it affected the relationship without putting in the ‘you.’ When you put the ‘you’ in, it just makes people defensive because they are being associated with the behavior or situation,” says Ken Sereno, an associate professor of communication at the University of Southern California – Annenberg.

Sereno said that describing how a situation or action made you feel can be more constructive.

“The phrase ‘you need’ is one that triggers a lot of people to feel attacked, and it’s one we go to frequently,” adds Lizzie Post, etiquette expert and co-president of the Emily Post Institute. The language can often feel demanding, similar to telling people what they “should” do. Post notes that telling people what they should do may be important, but it can also avoid considering the reality of a situation.

Sereno adds that showing “openness” by nodding or saying “uh huh” or “I hear you” while listening can show you’re interested in hearing the other person’s point of view.

With politics and other controversial topics, Post notes that it can be helpful to remember you’re unlikely to change someone’s belief system.

“Usually when things get really heated it’s because we’re talking about people’s belief systems, the way they choose to lead their lives and the way they think on a regular basis, and it’s going to be very hard to change that. So the first thing I think of when I start to realize when I’m in one of those conversations is, ‘How important is it or how likely is it that I’m going to change their opinion,” Post says.

Post adds that remembering you’re in a conversation and not a battle is a good way to frame the situation.

“Choosing to listen but not agree is also perfectly fine.”

5. Know when to walk away from the discussion

After a while you may realize that there’s no saving a conversation. Post notes that changing the conversation can sometimes be the best option.

“You could go the route of, just listen to them and get their perspective and walk away from the conversation. Or you could shut down the conversation and move on to a different topic, and that’s totally appropriate too,” Post says.

She suggests using language that acknowledges both sides likely will not agree and ask about their interests. If you’re not familiar with the person, Post adds that you can stick to “tier one” conversation topics, which include generic topics that will appeal to most people, such as weather, entertainment, sports, books or other hobbies. 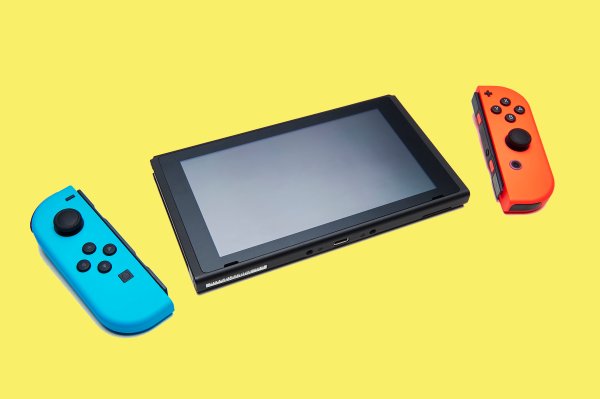 The Nintendo Switch Just Surpassed Another Huge Milestone
Next Up: Editor's Pick