Chip and Joanna Gaines, the stars of the HGTV show Fixer Upper, announced Tuesday they were expecting their fifth child.

They shared the news via Instagram, in a picture showing both of them looking down at their protruding bumps.

“Gaines party of 7,” the Texas-based pair announced in the caption. “(If you’re still confused.. WE ARE PREGNANT).”

Chip had teased the news on Twitter earlier in the day, in a video that showed the pair repeating the words “number five” and hinting that they had “some BIG news to share.”

Chip and Joanna announced last fall that Season 5 of Fixer Upper, which started in November 2017, would be the show’s last — saying they wanted to spend more time with their children.

Fixer Upper is a reality TV show that follows the pair in their business venture, Magnolia Homes, a redesign and home renovation business in Waco, TX.

Last April, Chip was named in a fraud lawsuit by a former business partner alleging that he and Joanna had convinced their former business partners at Magnolia Homes to sell their shares for $2,500 each, without disclosing plans to feature the business in the reality show. Gaines’ attorney responded: “We are confident that these claims will be found to be meritless, and it is disappointing to see people try to take advantage of the hard work and success of Chip and Joanna Gaines.” 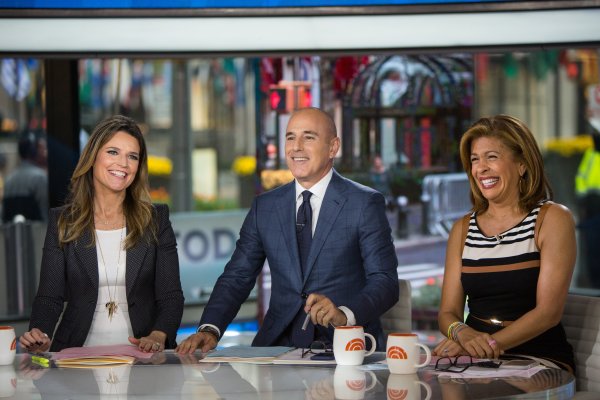 Matt Lauer Texted Hoda Kotb After She Got His Old Today Show Job
Next Up: Editor's Pick