Thomas S. Monson, the President of the Mormon Church, Has Died at 90

Thomas S. Monson, president of the Church of Jesus Christ and the Latter Day Saints, died on Jan. 2 at the age of 90, the Church announced.

Monson, who was named the Church’s 16th president in 2008, died at his home in Salt Lake City, Utah, the church-affiliated Deseret News reported. His death was announced by a church spokesperson and on the organization’s official Twitter feed.

Testimonials poured in praising the “bear-hugging” Monson’s approachable and down-to-earth manner, which he retained even as he rose through the hierarchy of the 16-million-strong Church over the course of his 50 year career. Under Monson’s aegis, the Church’s threefold mission — proclaim the gospel, perfect the saints, and redeem the dead — was bolstered by a fourth, “outreach to the poor and less fortunate,” Stuart Reid, a former state legislator, told The Salt Lake Tribune.

“More than anything else during a lifetime of ministry, President Monson will be known for his charitable acts,” Reid said.

The Mormon Church, as the LDS is also known, also faced “some of the most intense public scrutiny in its history” under Monson’s decade-long tenure as the church’s senior figure, the Tribune wrote, including the rise of a Mormon president candidate — former Massachusetts governor Mitt Romney — and a controversial decision on marriage equality that saw same-sex couples excommunicated from the Church.

Monson’s failing health saw him cut back on public obligations in recent years. He delivered two brief sermons at the Church’s twice-annual General Conference in April 2017, according to the Tribune, and skipped the October conference.

Mormon public figures paid tribute to Monson on Twitter, including former Congressman Jason Chaffetz and Sen. Orrin Hatch, who called Monson “among the greatest men I have ever known.” 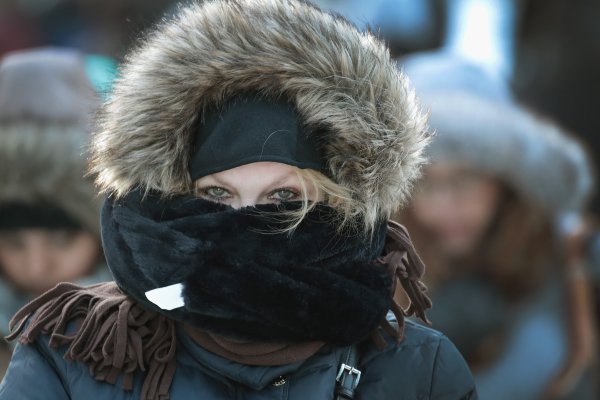 East Coast Braces for Coldest Temperatures in 100 Years
Next Up: Editor's Pick