An Indian man charged with making a bomb threat on New Year’s Eve says he was only trying to determine the status of his flight between Mumbai and Delhi.

Vinod Moorjani, the CEO of a U.S.-based IT firm, was arrested at Mumbai International Airport on Dec. 31 after he was misheard by an airport helpline operator while requesting an update on his flight, the Guardian reports.

Authorities allege that Moorjani, who was traveling with his family to Virginia, was frustrated by flight delays and concerned that he would miss a connection to Rome when he used a phone booth in the airport to call the airport’s toll-free number and call in a bomb threat. According to police, Moorjani told the operator a “bomb fata hai,” or “a bomb has exploded” before hanging up, prompting the operator’s superiors to notify the police, an airport official told India’s New Indian Express.

But Moorjani claims that he was misheard, and was asking for the status of his “Bom-Del” flight before he decided to hang up because of interference on the line. Mumbai, formerly known as Bombay, uses the airport code BOM.

Moorjani was arrested and charged under India’s penal code for intent to cause public alarm. He pleaded not guilty in a Jan. 1 court appearance, where he argued that he was misunderstood by the operator, according to the Times of India. He was released on Jan. 1 on bail.

It isn’t the first time that Mumbai’s airport code has caused confusion. In April 2016, an incoming flight to Mumbai was delayed after cleaning staff found a boarding pass with what was thought to be the word “bomb” written on it. The message was eventually determined to be the Mumbai airport code and the flight’s departure gate, B-47. 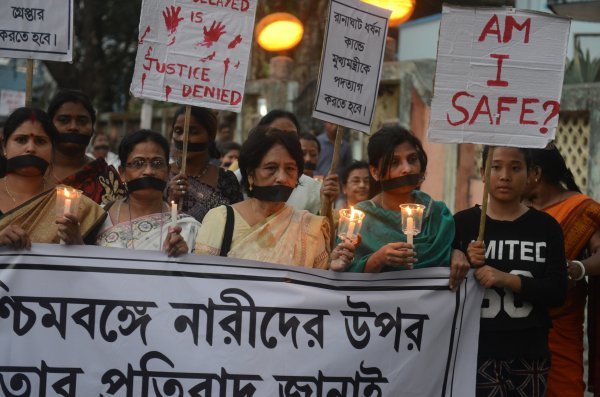 Rape and Murder of 6-Year-Old Girl in India Reignites Outrage
Next Up: Editor's Pick