Beyoncé, Eminem, and the Weeknd Will Headline Coachella 2018

The Weeknd performs during his "Starboy World Tour" at Golden 1 Center on October 11, 2017 in Sacramento, California.
Tim Mosen—Getty Images
By Casey Quackenbush

The festival announced on Tuesday that Beyoncé, the Weeknd, and Eminem will headline the 19th annual legendary music extravaganza for two weekends in April in California.

Beyoncé is an expected headliner, as her pregnancy with twins last year prompted her to postpone her 2017 performance to this year. The Weeknd performed at Coachella in 2012, but long before his career fully took off. Grammy-winning Eminem will debut at the festival.

The desert festival, which grossed a record-breaking $114 million last year, hosts a diverse selection of artists and genres. On the R&B front, noteworthy names include SZA and Miguel. Hit rappers to perform are Tyler the Creator, Post Malone, Migos, and Cardi B.

The entire line up can be found on Coachella’s website.

Created by Goldenvoice, the festival returns to its mainstay at the Empire Polo Club in Indio, California on April 13-15 to April 20-22. Tickets go on sale Friday, Jan. 5 at noon PST. 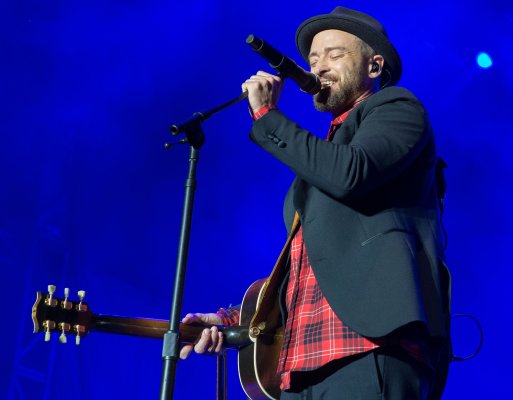 The Earthy Trailer for Justin Timberlake's Album Is Here
Next Up: Editor's Pick