Orrin Hatch Will Retire From the Senate Despite President Trump's Pleas

Veteran Sen. Orrin Hatch plans to retire at the end of the year, despite personal entreaties from President Trump.

The president went all-out to persuade the Utah Republican, currently the longest-serving member of his party in the upper chamber, to run for an eighth term, in part out of concern that longtime critic Mitt Romney would run for the seat.

“For over 40 years I’ve had the great honor of serving as your senator,” Hatch said in a video released Tuesday afternoon. “When the president visited Utah last month, he said that I was a fighter. I’ve always been a fighter. I was an amateur boxer in my youth, and I brought that fighting spirit with me to Washington. But every good fighter knows when to hang up the gloves, and for me, that time is soon approaching.”

Hatch, who as Senate president pro tem is currently third in line to the presidency, will leave office at the end of the year. He leaves on something of a mixed note: The chairman of the Senate Finance Committee was a pivotal force in drafting and passing the Republicans’ sweeping tax overhaul bill, which became law in December. But he was also the subject of a scathing piece in the Salt Lake Tribune in December.

Rumors of Hatch’s retirement have swirled around Capitol Hill in recent months, as has speculation that Romney, the 2012 Republican presidential nominee who harshly criticized Trump in 2016, was eyeing a run for the seat. Trump traveled to Utah in December in part to persuade Hatch not to retire.

Romney, a former governor of Massachusetts, criticized Trump’s business dealings in a press conference during the 2016 campaign and called on him to apologize for his response to the racial violence in Charlottesville in August.

But Trump’s effort was ultimately unsuccessful.

“After much prayer and discussion with family and friends, I’ve decided to retire at the end of this term,” Hatch said. “I may be leaving the Senate, but the next chapter in my public service is just beginning.” 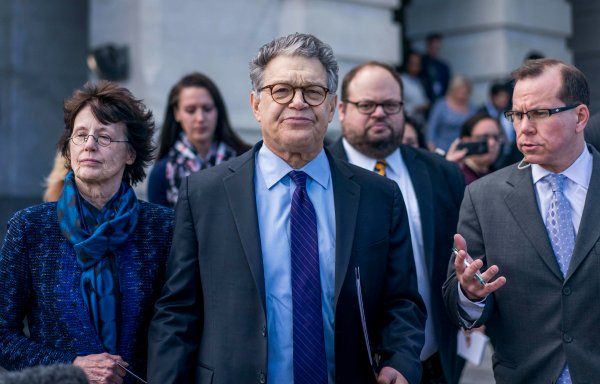