President Trump Took Credit for Airline Safety in 2017. But Here's the Truth

President Trump started the first Tuesday of 2018 with a tweet claiming credit for the lack of aviation deaths in 2017, citing his supposed “strict” policies on commercial aviation.

But directly linking the President to these numbers is a stretch.

Data from the Aviation Safety Network shows that 2017 was the safest year for commercial aviation worldwide, with 10 fatal airline accidents that resulted in 44 fatalities. According to the ASN, the last fatal incident on a passenger jet was on November 28, 2016, when a plane crashed into a mountain in Colombia. The last aviation incident that killed more than 100 people was in Egypt in 2015.

The major U.S.-based airlines have not recorded a fatal crash since Sept. 11, 2001, and U.S. carriers in general have not had any fatalities since 2009. But Ranter did not explicitly include President Trump, or the White House, in his comments on aviation safety.

Trump’s biggest proposal relating to aviation has been to privatize the air traffic control system, separating it from The Federal Aviation Administration which the White House said in June would help eliminate flight delays, save money on fuel, and increase safety measures. But implementing this measure would require congressional approval, which hasn’t happened yet. This proposal had also been suggested in Congress before Trump took office.

With reporting by Aric Jenkins. 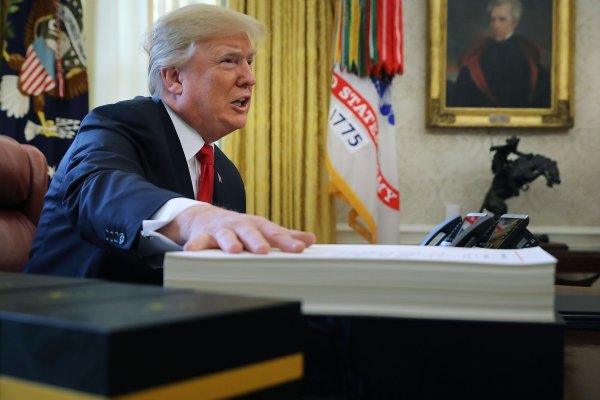 Donald Trump Says He's Signed More Laws Than Any President Since Truman. Here's the Truth.
Next Up: Editor's Pick