With no participation from the National Hockey League and a women’s team vying for gold, Team USA announced its rosters for its ice hockey teams competing at the 2018 Winter Olympics.

The highly anticipated rosters were announced January 1 at an intermission during the 2018 Winter Classic and come ahead of the first Winter Olympics the NHL has not participated in since 1994. That means the men’s ice hockey team competing in PyeongChang, South Korea is a combination of former NHL players, minor league players and college athletes.

“Obviously from a selection process it’s been a battle for us on all the players we have available to us,” said Tony Granato, the men’s team coach said Monday.

He continued, “I think we’ve put together an outstanding group of players that will represent us well come February and give us a great chance to do really well and compete for a medal.”

The men’s team captain is Brian Gionta, who played for the Buffalo Sabres in the NHL until 2017, when he moved to an American Hockey League club and could therefore play for Team USA. Gionta was the U.S.’s top scorer in the 2006 Winter Olympic Games, where the U.S. lost in the quarterfinals.

On the women’s side, many of Team USA’s key players like Brianna Decker and Meghan Duggan will return with the goal of earning women’s ice hockey first gold medal in 20 years. While Team USA has medaled every year since women’s ice hockey was added as an Olympic sport in 1998, the U.S. has fallen repeatedly to Canada in the battle for gold.

“We had to figure out what we were made of, what we wanted to accomplish over these last couple of years, and really put ourselves in a position to achieve the goal we want to achieve as a program and as a team and as a country going into this next Olympics,” Duggan said Monday.

Bernhard Ebner of Germany and Brian Gionta of USA battle for the ball during the Deutschland Cup 2017 match between Germany and USA at Curt-Frenzel-Stadion on November 12, 2017 in Augsburg, Germany.
TF-Images—Getty Images

Brianna Decker #14 of the United States handles the puck against Canada during the Ice Hockey Women's Gold Medal Game on day 13 of the Sochi 2014 Winter Olympics at Bolshoy Ice Dome on February 20, 2014 in Sochi, Russia. (Photo by Harry How/Getty Images)
Harry How—Getty Images 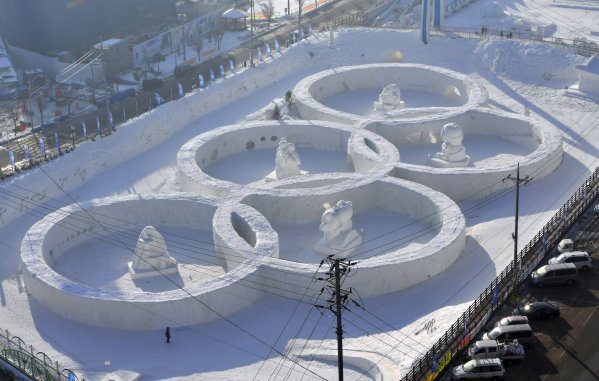 South Korea Deports 17 People Ahead of Winter Olympics
Next Up: Editor's Pick