The CEO of Depcom Power grew up in Alabama, served in the Air Force for six years and spent decades constructing the kinds of coal-fired power plants Trump likes to tout. He’s contributed thousands of dollars to Republican causes, including Trump’s victory fund.

But a few years ago, Lamon saw that coal’s future was bleak, and he switched to building solar power plants. Now he’s worried that a pending decision by Trump will imperil his business.

The Trump Administration is weighing a tariff on solar panel imports — essentially taxing them more than panels made in the U.S. — a move that analysts say could abruptly raise the price of building new solar power plants in the U.S., potentially killing a rapidly growing industry that primarily employs blue collar workers.

That would hit Lamon — and his employees — hard.

Depcom Power employs more than 1,600 people designing, building and operating solar farms with projects spread across the country from blue states like California to red states like Mississippi. Across the industry, more than 250,000 people in total work in solar in the U.S. typically in rural areas.

“Solar is not just expanding today because it’s green or clean — those are side benefits,” Lamon says. “Look at what it can help do to the overall U.S. economy. … We find people making $8, $9 an hour flipping burgers, and we bring them to a solar plant and pay them $18.”

Trump’s disdain for renewable energy sources was no secret during his campaign for president — the candidate spoke on several occasions about energy saying solar was “not working so good” and wind power “kills all your birds” — but Lamon believed that low-cost solar would continue to serve as a more affordable energy source than coal and often natural gas no matter what came policy emerged from the White House. Indeed, that’s why he began building solar power plants in the first place. Without subsidies, electricity from large-scale solar power plants currently costs about a third the cost of coal and is about even with natural gas, according to data from the financial advisory firm Lazard. It’s even cheaper with subsidies. But a tariff changes the numbers in ways that Lamon could not have anticipated.

Trump may not have either. In May of last year, two U.S.-based solar panel manufacturers formally petitioned the U.S. International Trade Commission, arguing that competition from China posed an existential threat to their industry. The federal agency ruled in the manufacturers’ favor in October, giving the Trump Administration free reign under federal law to impose a tariff as a solution. A high tariff along the lines proposed by the petitioners would prop up the business of making solar panels in the U.S. at the expense of the business of building solar plants here, which relies in part on cheap panels from overseas.

When it comes to jobs, the two industries are not equal. Solar panel manufacturing employs some 8,000 people, while solar power plant construction and related industries employs hundreds of thousands.

The Trump Administration has until Jan. 26 to decide on a solution, and all indicators suggest the president favors a tariff. Throughout his campaign and presidency, he has promised to crack down on China, sought to revive coal and touted his desire to restore U.S. manufacturing. A solar tariff can achieve all of those objectives, or at the very least Trump can argue that it does. A leaked draft of a White House document on the topic suggests that the Administration is building a case to argue that the tariff is needed on both national security and economic grounds, according to a Politico report.

The White House and the U.S. Trade Representative did not respond to a request for comment.

Concern over the tariff has spread and laborers employed at solar sites across the country are beginning to feel alarmed, says Matt McMullan, a project director in ‎McCarthy Building Companies solar practice. New solar projects have slowed in anticipation of higher prices and many laborers have not received new assignments. “They’re starting to figure it out,” says McMullan. “As they see a project is getting toward the end, a lot of them naturally ask where they’re going next and unfortunately as an industry we don’t have as many opportunities.”

In total, McCarthy has cut its projected revenue from solar projects in half for 2018 in anticipation of the tariff. And the company now employs 4,000 fewer people than expected.

Still, the scale of a potential tariff remains unclear. Given the headwinds solar companies are prepared to declare a relatively small fee as a victory. The petitioners — Suniva and SolarWorld — asked for a tariff that would effectively double the cost of the panels while the International Trade Commission suggested setting it at a more modest 30% to 35%. Either would result in a significant and immediate harm to solar construction. Because Trump is unlikely to leave the situation completely unaddressed solar power companies have offered an alternative to a tariff: a small licensing fee on imported panel that can be funneled directly to support domestic manufacturing.

“If he imposes a high tariff, it really hurts,” says Abigail Hopper, president of the Solar Energy Industries Association. “Tens of thousands of people will lose their jobs—and I’m not talking about over decades. I’m talking about in 2018.”

Lamon, whose company has lobbied the Trump administration, says he thinks the jobs message is resonating in the White House. “They’re all listening,” he says of top officials.

A tariff on solar panels nonetheless fits in with the larger Trump White House effort to boost coal at the expense of renewables and, to some extent, natural gas. The Administration has proposed subsidizing coal, calling it an issue of national security (though regulators rejected the proposal this week). And Trump has sought to unwind regulations that benefited solar, wind and natural gas.

But a defeat for solar imports would likely be only a pyrrhic victory for the Trump Administration. Coal will still not be able to compete with the low cost of natural gas while blue collar solar jobs disappear overnight. “We want American energy dominance,” says Lamon, borrowing a phrase from Trump. But “when the facts are laid out, it’s kind of comes to light why coal is not coming back.” 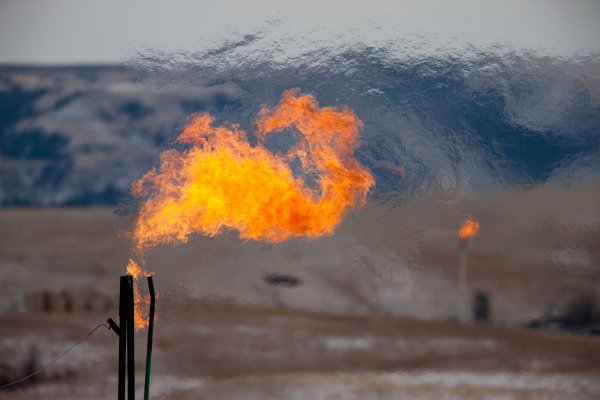 Fracking Linked to Negative Health Effects in Infants
Next Up: Editor's Pick