Warning: If you haven’t watched the fourth season of Black Mirror, there are some light spoilers ahead.

The Ricky Gervais Show regular Karl Pilkington might have predicted stories from the latest season of Black Mirror?

One of the stories involves a grieving husband who has his wife’s consciousness transferred into his own head. It’s a wild idea, made even wilder by the fact that Pilkington pitched something similar to Ricky Gervais back in 2007. According to Metro, Pilkington’s film idea was called The Love Of Two Brains and involved a wife agreeing to add a her husband’s mind to her own. While the Black Mirror premise gets much darker than what Pilkington discussed, it’s certainly a similar idea.

That’s not the only similarity, though. Another mini-story involves a doctor who has a device implanted into his brain that allows him to feel the symptoms of patients wearing a headset. Pilkington mentioned a similar idea in the 2008 audiobook The Ricky Gervais Guide To… Medicine, which was later recreated on The Ricky Gervais Show.In the clip, Pilkington called his invention the “doctor machine” and said it would transfer symptoms between patient and doctor for diagnostic purposes. Of course, the idea isn’t wholly new. As Heavy notes, Black Mirror credits magician Penn Jillette’s short story called Pain Addict as inspiration for the segment. The story was based on Jillette’s time in a hospital where a language gap made him yearn for a device that could make his doctor understand his symptoms. 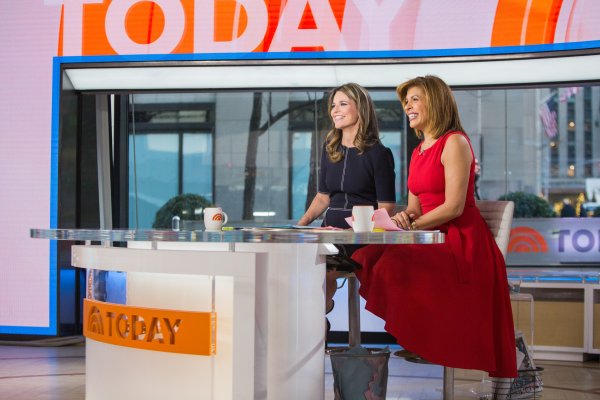 Why Hoda Kotb Is a Revolutionary Pick to Replace Matt Lauer
Next Up: Editor's Pick