You Can Now Stream All the Harry Potter Movies. Here's How Long That Will Take.

Big news, Harry Potter movie fans: all eight of the films based on the best-selling books by J.K. Rowling are now available to stream online via HBO NOW, as the channel announced on social media on New Year’s Day.

That adds up to 19 hours and 39 minutes of magical adventure led by the young Daniel Radcliffe, Rupert Grint and Emma Watson as the Boy Who Lived and his cohort defeat the many incarnations of Lord Voldemort while learning just what it means to be wizards and wield wands. In other words, you could binge-watch the entire Harry Potter oeuvre in just less than a day, factoring in some time for food preparation and bathroom breaks. (Sleep, not so much.) 2018 looks bright already. And if you’re not already an HBO NOW subscriber, no worries: there’s a month-long free trial, which should give you plenty of time to catch up on every minute of Potter.

The movies first started coming out on the big screen in 2001 with Sorcerer’s Stone, directed by Chris Columbus. Alfonso Cuarón, Mike Newell and David Yates also tried their hand at ushering the films into the world, with the final installment — Deathly Hallows Part 2 — premiering back in 2011.

While some of the movies have been available to watch online before, this marks the full set’s first time on a streaming service simultaneously. For more of Rowling’s world in cinemas, the next Fantastic Beasts movie comes out in November 2018. 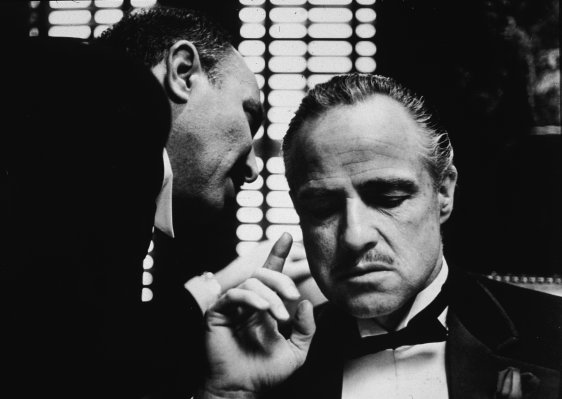 Take the Cannoli: 'The Godfather' Trilogy is Coming to Netflix
Next Up: Editor's Pick