H. Brandt Ayers, the chairman of the company that publishes the Alabama newspaper the Anniston Star, has apologized after several women alleged Ayers assaulted them or their colleagues in the 1970s, when he was the publisher of the newspaper.

Ayers, now 82, said in a statement Monday in the Star: “As a very young man with more authority than judgment, I did some things I regret. At my advanced age I wish I could relive those days again, knowing the seriousness of my position and with the accumulated judgment that goes with age.”

However, responding to questions the day before, Ayers told the Alabama Political Reporter : “I have no memory of the alleged incidents. Of course I intend to remain as Chairman of this company which has been the central mission of my family for three generations.”

Former reporter Veronica Pike Kennedy told the Alabama Political Reporter that Ayers spanked her with a metal ruler in the Star newsroom in February 1975. She said she was working early one Saturday when Ayers approached her about a piece of writing, and told her, “I want you to read this. This is a fine piece of writing. I’ll come back in a little while, and you can tell me what you think.”

When he came back, Kennedy recalled, she told him she liked the writing, and asked him who wrote it. In response, she said, Ayers said she was being a “bad girl” and “I’m going to have to spank you.”

She said Ayers then bent her over a desk and hit her, hard, 18 times with a metal ruler. Kennedy was 22 at the time, and Ayers was 40. “I was literally holding on to the chair,” Kennedy said. “He picked me and the chair up, and wrestled the chair out of my hands. And he started spanking me

Former Star reporter Mike Stamler. Stamler, who was 22 at the time, told the Star he saw the 1975 incident from across the room. “I didn’t know what to do. I wasn’t expecting something like that to happen,” he said. Both Kennedy and Stamler told the Star the incident was in line with a pattern known throughout the newsroom.

Another woman, who chose to not share her name, told the Political Reporter Ayers spanked her in his office in the fall of 1975. Former Star reporter Trisha O’Connor told the outlet that Ayers spanked her friend who worked at the paper, while former reporter and columnist Dennis Love said three former female employees told him of Ayers’ behavior while they worked together.

The Anniston Star did not say whether Ayers would remain in his role as chairman of the company that publishes the newspaper. The Star did not immediately respond to a request for comment. 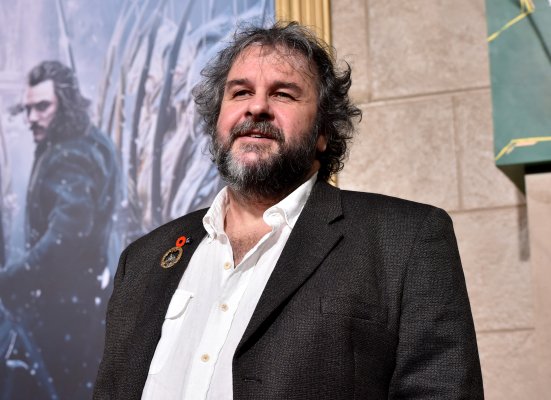 Peter Jackson: Harvey Weinstein Made Me Blacklist Ashley Judd and Mira Sorvino
Next Up: Editor's Pick