A YouTube star with millions of teenage followers is facing waves of criticism after he and his friends filmed themselves making jokes alongside the body of an apparent suicide victim in a Japanese forest. The video received millions of views before it was removed from the site.

Logan Paul, who has over 15 million subscribers, has apologized after posting the video at the Aokigahara forest in Japan, at the base of Mount Fuji, which is known as a popular site for Japanese to commit suicide.

After walking for a short time into the forest, Paul and friends come across the body of a male suicide victim hanging from a tree. The face is blurred out, but his hands, clothes and abandoned bag were visible, the Verge reports.

Paul addressed the camera: “Suicide is not a joke. Depression and mental illnesses are not a joke. We came here with an intent to focus on the haunted aspect of the forest. This just became very real.”

However, Paul and his entourage were also shown laughing and joking around the dead body. One friend said he “doesn’t feel good.” Paul replied: “What, you never stand next to a dead guy?” and then laughed.

The video was quickly labelled “disrespectful” and “disgusting” by online commenters.

He continued: “I do this s— every day. I’ve made a 15 minute TV show EVERY SINGLE DAY for the past 460+ days. One may understand that it’s easy to get caught up in the moment without fully weighing the possible ramifications.”

However some Twitter users felt the apology was insincere. “Logan Paul knew what he was doing,” wrote one user. “He’s not ‘sorry’. He disrespected that suicide victim, people with mental illnesses and Japan. Japan has one of the highest suicide rates in the world. He knew what he was doing and I’m disgusted.”

Aaron Paul, star of the hit show Breaking Bad, wrote: “How dare you! You disgust me. I can’t believe that so many young people look up to you. So sad. Hopefully this latest video woke them up. You are pure trash. Plain and simple. Suicide is not a joke. Go rot in hell.”

Game of Thrones star Sophie Turner wrote: “@LoganPaul You’re an idiot. You’re not raising awareness. You’re mocking. I can’t believe how self-praising your “apology” is. You don’t deserve the success (views) you have. I pray to God you never have to experience anything like that man did.” 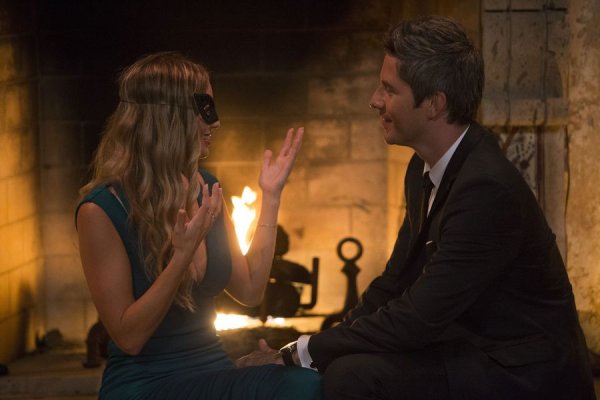 The Bachelor Recap: Arie Is in the Driver’s Seat Now
Next Up: Editor's Pick