A child stands by a fire in a courtyard after fleeing fighting between ISIS and Iraqi security forces near Mosul, Iraq, on March 4, 2017.
Alessio Romenzi—UNICEF
By Bloomberg

The U.S. general commanding forces against the Islamic State said it has lost 98 percent of the land it claimed and 7.7 million people have been liberated from its control, but warned the group could continue as a shadow terror outfit operating without a base.

Army Lieutenant General Paul Funk, commanding general of Combined Joint Task Force – Operation Inherent Resolve, said a coalition that has grown to 74 nations reclaimed 65,000 square kilometers (25,096 square miles) of land from the Islamic State, also known as ISIS or Daesh, in 2017. Yet he warned the allies can’t let up.

“Their repressive ideology continues,” Funk said in a New Years message posted to the coalition Facebook page. “The conditions remain present for Daesh to return, and only through coalition and international efforts can the defeat become permanent.”

U.S. President Donald Trump, in a New Year’s Eve video posted to his official Twitter account that highlighted his first year in office, included an excerpt from a speech in which he vowed to “defeat radical Islamic terrorism” and “not allow it to take root in our country.”

Last week, the group claimed responsibility for three suicide attacks in Kabul that killed as many as 41 people and wounded 80 at the Afghan Voice Agency and Shiite-run Tebyan cultural center. That followed a November strike against a Kabul television station that killed two guards and wounded 20, as well as an October attack on a mosque that killed more than 30 worshippers.

Syrian Democratic Forces are in the final stages of liberating the middle Euphrates Valley from Islamic State and Iraq is rebuilding after fully expelling Daesh, according to a coalition statement announcing the video. The statement also praises the “hundreds of brave Iraqis and Syrians who gave their lives for their nations” in 2017 as well as coalition service members and civilians who died last year.

The coalition’s contribution will now consist primarily of building on training efforts that have so far prepared 126,500 in the Iraq Security Forces and another 12,500 in Syria, the statement said.

White House spokeswoman Sarah Sanders in a Dec. 17 tweet cited “defeat of ISIS” as one of the most under-reported stories of President Donald Trump’s first year in office. Trump came to office promising to be more aggressive in fighting the group than his predecessor Barack Obama. 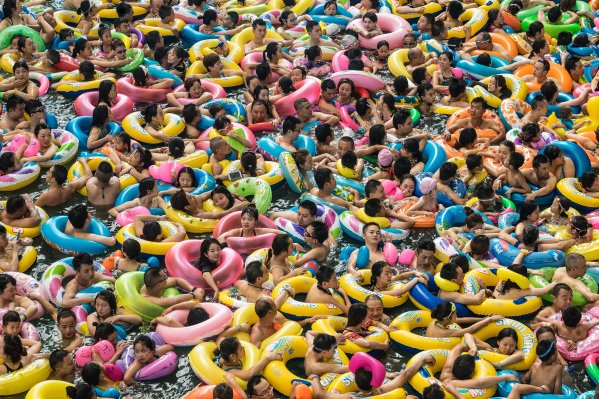 These Will Be the 10 Most Populated Countries in 2018
Next Up: Editor's Pick