Jay-Z’s “Family Feud” music video is here a day after a teaser dropped, with visuals from director Ava DuVernay and an all-star cast, including his wife Beyoncé.

The eight-minute long video features a lengthy montage of various moments in the future before transitioning to Jay-Z’s church confession while he raps to the song from his latest album, 4:44.

Jay-Z dropped “Family Feud” at 4:44 p.m. eastern Friday exclusively on his music streaming service, Tidal. A subscription to the service is required to watch the video, but its teaser trailer is viewable by anyone.

In November, Jay-Z confirmed that he and Beyoncé worked on a collaborative album during the making of 4:44 and Beyoncé’s 2016 album, Lemonade.

He told the New York Times’ T Magazine that he and Beyoncé used “our art almost like a therapy session,” presumably as a response to Jay-Z’s infidelity hinted throughout “Family Feud” and both of the artists’ latest albums. 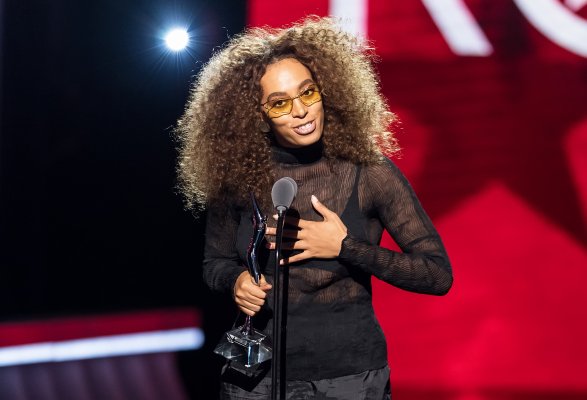