Incredible Time-Lapse Video From Erie, Pa., Shows What 53 Inches of Snowfall Looks Like

Record snowfall hit Erie, Pa. this week after the area saw 53 inches of snow over the last two days.

The snowfall was even captured on an incredible time-lapse video. The video shows very few people and even fewer cars. Those who do venture out struggle in the high snow. The footage also shows a haze of white as the snow continues to fall and it piles up on the ground.

The massive snowfall marked the largest two-day total in the state of Pennsylvania, according to the Associated Press. The area saw 34 inches on Monday alone before another 19 inches Tuesday brought it to the 54-inch record breaking snowfall.

The previous record was set in 1954 in Morgantown, Pa., which brought 44 inches of snow over two days. 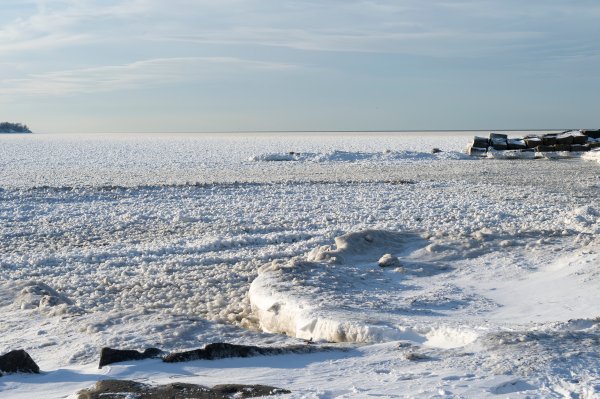 62 Inches of Snow Falls in Eerie, Pa.
Next Up: Editor's Pick