2 Children Among 4 Dead in Basement in Troy After Act of 'Savagery,' Police Say

Two young children and their mother were among the four people found killed in an act of “savagery” this week inside their basement apartment in the upstate New York city of Troy, police said Wednesday.

A 5-year-old girl, her 11-year-old brother, their mother and a woman their mother was in a relationship with were brutally murdered and found dead in their home Tuesday afternoon, Troy Police Chief John Tedesco said at a news conference. No suspects have yet been named, but police believe the family was likely targeted.

“This is not a random act,” Tedesco said. “Only a person of savagery would do something like this.”

The police chief said the “suspicious” deaths are being treated as homicides, but he did not provide further details on how or why the four victims were killed.

The two deceased women were 22 and 36. Authorities did not release any names of the victims. Police are also unsure how long ago the victims were killed. Autopsy results are pending. 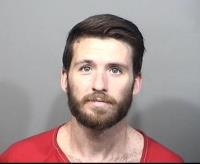 A Florida Man Attacked an ATM For 'Giving Him Too Much Money'
Next Up: Editor's Pick