Donald Trump may be the current president, but in terms of who Americans most admire, his predecessor and the person he beat in the 2016 election top the list.

Barack Obama edged his successor as the most admired man for 2017, a Gallup poll finds, marking the first time since 2008 when a sitting president didn’t win the annual accolade. Hillary Clinton, meanwhile, is the woman Americans most admire for the 16th year in a row.

It was a close race. Seventeen percent of those surveyed named Obama as the man they most admire, to 14 percent for Trump. To no surprise, there was a wide partisan split, with 35 percent of Republicans saying Trump was most admired man of the year, and 39 percent of Democrats picking Obama.

“Trump’s unpopularity is holding him back from winning the most admired distinction,” Gallup’s Jeffrey Jones wrote. “The incumbent president is the usual winner, since he is arguably the most prominent figure in the country — but when the president is unpopular, other well-known and well-liked men have been able to finish first.”

Clinton, who won the national popular vote during the 2016 presidential election by about 2.9-million ballots, though lost in the all-important Electoral College to Trump, beat former First Lady Michelle Obama in the poll 9 percent to 7 percent.

Clinton has been named “most-admired” more than any other woman or man in Gallup’s polling history — 22 times in total — but saw her share of the vote reach its lowest point in 15 years. Other women on the most admired list include Oprah Winfrey, Elizabeth Warren, Angela Merkel, Britain’s Queen Elizabeth II, and current First Lady Melania Trump.

Clinton “remains arguably more prominent than other contenders,” Jones wrote in a blog post announcing the findings. “However, retaining that stature may be more challenging in coming years with her political career likely over.”

The poll found another dark spot for one of America’s most prominent political families: former President Bill Clinton, who topped the list while in office from 1993 to 2000, fell out of the top 10 for the first time in more than 25 years. 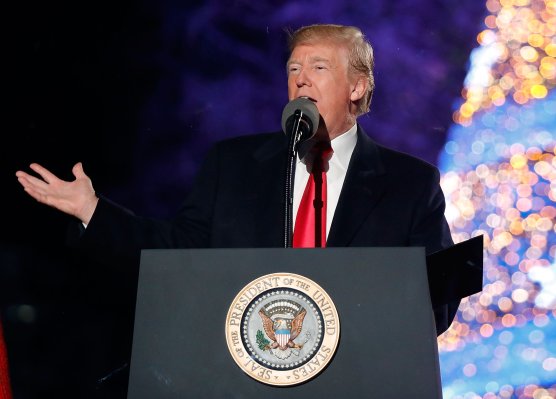