'A Once in a Lifetime Thing.' People Dazzled By a Surprise Meteor That Soared Across New England

A meteor sailed across the Northeast skies Tuesday, dazzling dozens of spectators in more than a half-dozen states, experts said.

The American Meteor Society, a nonprofit scientific group made up of astronomers, confirmed a meteor was spotted over parts of Maine, New Hampshire, Vermont, New York, Massachusetts, Rhode Island, Connecticut and Pennsylvania about 6 p.m. EST. The organization received more than 180 reports from witnesses about the fireball sighting.

The celestial event is fairly common, but because of its brevity, it’s rare to catch it as it’s happening, according to Mike Hankey, an operations manager at the American Meteor Society.

“Events like this do happen a few times a week in the U.S., but for an individual person, it is usually a once in a lifetime thing,” Hankey told TIME on Wednesday. “Since the events only last about three seconds, you have to be in the right place at the right time to see it.”

The meteor is estimated to be roughly between the size of a softball and a basketball, Hankey said, adding that most meteors are the size of a grain of sand when they are part of a meteor shower.

Tuesday’s meteor above New England did not appear to be part of a larger meteor shower. Hankey said the lone meteor was more of a “random event.” 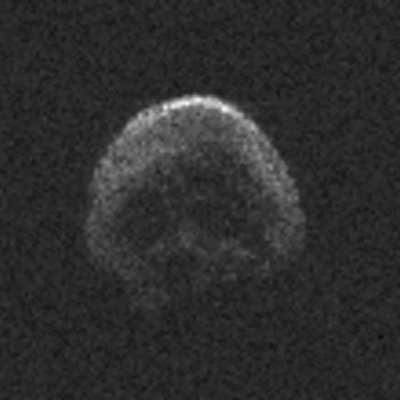 The Skull-Shaped 'Halloween Asteroid' is Coming Back in 2018
Next Up: Editor's Pick