Russia Is Ready to Mediate Talks Between the U.S. and North Korea, Kremlin Says

(MOSCOW) — Russia is ready to act as a mediator between North Korea and the United States if both parties are willing for it to play such a role, the Kremlin said on Tuesday.

Moscow has long called for the two sides to hold negotiations aimed at reducing tensions over the nuclear and missile program North Korea is pursuing in defiance of years of U.N. Security Council resolutions.

“Russia’s readiness to clear the way for de-escalation is obvious,” Kremlin spokesman Dmitry Peskov said in a phone call with reporters.

Foreign Minister Sergei Lavrov called on Monday for Washington and Pyongyang to start negotiations, saying Russia was ready to facilitate such talks.

Though U.S. diplomats have said they are pursuing a diplomatic solution, President Donald Trump has said Pyongyang must commit to giving up its nuclear weapons before any talks can begin.

In a phone call, Lavrov told U.S. Secretary of State Rex Tillerson on Tuesday that “Washington’s aggressive rhetoric” and beefing up of its military presence in the region had heightened tension on the Korean peninsula and was unacceptable.

“The necessity of the fastest move to the negotiating process from the language of sanctions was underscored,” the Russian foreign ministry said in a statement.

The U.N. Security Council unanimously voted to impose new sanctions on North Korea on Friday in response to its recent intercontinental ballistic missile test, a move North Korea called an act of war, tantamount to a complete economic blockade. 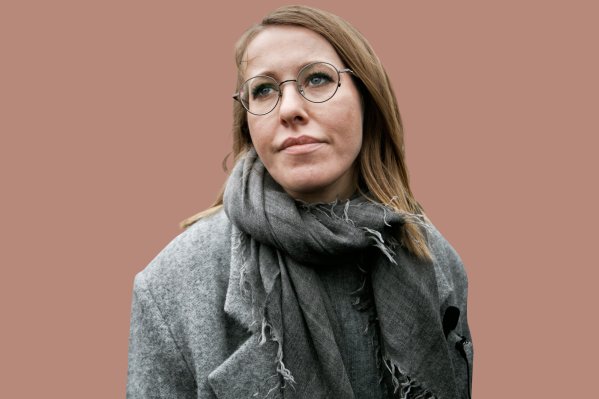 Meet the Journalist and Reality-TV Star Challenging Vladimir Putin for the Russian Presidency
Next Up: Editor's Pick