This holiday season, there is definitely something in the air — singing flight attendants. Holiday travelers on flights around the world were given a brief respite from their airport woes by cabin crews who decided to spread a little holiday cheer in the form of song.

Last week, Virgin Australia staff member Bethany Stagg serenaded passengers sitting in the airline’s lounge with a rousing rendition of “Have Yourself A Merry Little Christmas.” The performance was captured on video and posted on YouTube further spreading the Christmas joy.

Passengers heading out on a Southwest Airlines flight from Houston got a little reassurance that their flight would make it in time for the festivities when flight attendant Charise Miles delivered a beautiful rendition of “I’ll Be Home For Christmas” over the gate’s P.A. system. After experiencing one miserable holiday, Miles has made it her mission to spread joy during the Christmas season, and she does it through song.

“In 2012 I made a vow that I was not going to sit home and be depressed during the holidays, so I picked up trips to work during Christmas so I can sing my way through Christmas,” Miles told ABC News. Her one-woman Christmas caroling party, didn’t stop at the gate. According to ABC, she serenaded the cabin with Christmas songs when they landed at their destination, too.

It wasn’t just holiday cheer that got flight attendants singing, though. Seems that some cabin crews just can’t help themselves when love is in the air, like during an in-flight proposal.

Emirates airline recently shared a sweet post that told the story of a couple, identified only as Rachel and Daniel, who flew from Manchester to Dubai. Mid-flight, Rachel and Daniel stopped by the plane’s lounge for some bubbles and a sneaky proposal. Rachel asked him to marry her, he said yes, and the flight attendants burst into the Nat King Cole classic, “L-O-V-E.” 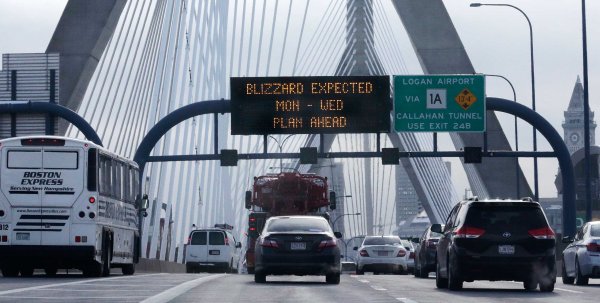 A Christmas Snowstorm Could Wreak Havoc on Holiday Travel. Here's What to Know
Next Up: Editor's Pick