Tens of thousands of people in Puerto Rico will be without power on Christmas — and up to half a year after that, according to a New York Times report.

Three months after Hurricane Maria devastated Puerto Rico, killing more than 1,000 people and leaving most of the island without power, it’s impossible to estimate exactly how many people are still in the dark, officials told the Times. Tools meant to monitor which households have electricity aren’t providing accurate readings, according to the report, but estimates from the government say the electrical grid is operating at just above 65% of its capacity.

Because hospitals, water treatment plants and other public necessities received power first, however, that doesn’t mean that 65% of households have electricity. In fact, while most of Puerto Rico is expected to regain power by the end of February, some areas — which are cumulatively home to some 80,000 people — may not see the lights come on until May, according to the Times report.

Electricity isn’t the only public service still in flux, though it has been the slowest to recover. Twelve percent of gas stations, 8% of supermarkets and 11% of bank branches remain closed, according to government estimates, while telecommunications service is operating at 93% of its capacity and the Puerto Rico Aqueducts and Sewers Authority is operating at around 94% of its capacity.

Many Puerto Ricans have also fled the island in the wake of the devastation. Some 296,000 people have flown from Puerto Rico to Florida since the beginning of October, according to the Florida Division of Emergency Management. The Center for Puerto Rican Studies at Hunter College also estimated that up to 14% of the population may leave Puerto Rico by 2019. 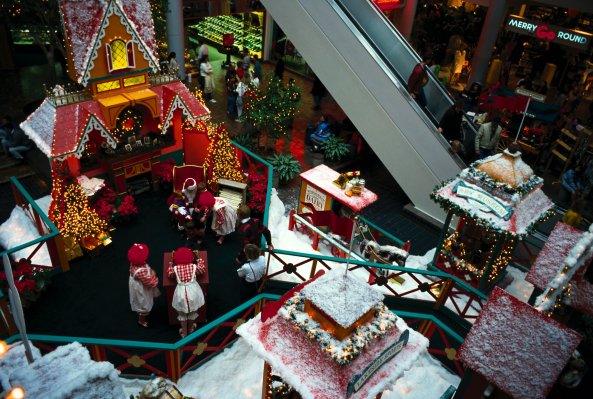 Why a Mall Santa Is Threatening to Sue a Mom
Next Up: Editor's Pick