Jordan Feldstein, the brother of actors Jonah Hill and Beanie Feldstein, has died at the age of 40, PEOPLE can confirm.

A music talent manager who worked with Maroon 5 from their inception over 15 years ago, Jordan passed away on Friday after suffering a heart attack. He is survived by his two children.

“Unfortunately, last night Jordan called 911 for shortness of breath, when paramedics arrived it was determined he went into full cardiac arrest and passed away shortly thereafter,” a representative for the family told PEOPLE in a statement.

“His family asks for privacy during this difficult and unexpected time,” the statement continued. “In lieu of food and flowers, the family will announce a charity in the coming weeks where memorial donations can be made in Jordan’s name.”

Jordan was CEO and founder of Career Artist Management (CAM), a leading management firm in Beverly Hills, California, that was recognized for being a proactive and energetic force in the entertainment industry.

In addition to working with Maroon 5 — who, under Jordan’s guidance, became one of music’s most successful acts, selling 20 million albums worldwide and winning three Grammy awards — CAM also shepherded the career of Sara Bareilles and worked with a roster of diverse clients that include Miguel, Elle King, Big Boi, Rick Springfield, The B-52’s, Chromeo and Robin Thicke.

Jordan was married twice, once to Clint Eastwood’s daughter Francesca (though the marriage, in 2013, was annulled after a week). 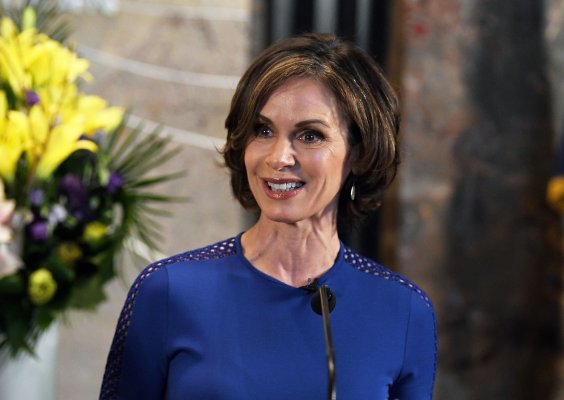 Elizabeth Vargas Is Leaving ABC News After 2 Decades
Next Up: Editor's Pick