A Christmas Snowstorm Could Wreak Havoc on Holiday Travel. Here's What to Know

Travelers in the northeast heading home for the holidays are in for a white Christmas – and delays – as a snowstorm barrels toward the region.

Snow is expected to hit New England with force – six to 12 inches are expected to cover upstate New York through Maine, including Vermont and New Hampshire by Christmas Day Monday, according to Alan Reppert, senior meteorologist at Accuweather. The storm will start Sunday over the Midwest and then move east.

Western New York, northern Pennsylvania, northeastern Ohio and parts of Massachusetts will see between three and six inches of snow. Northern New Jersey will get a white Christmas – with three inches at most.

These Are the Best Places to Spend the Holidays, According to Travel Experts

From Bizarre Foods’ Andrew Zimmern to Rick Steves and the founder of Frommer’s Travel Guides.

Those spending the holidays in New York City are in for some rain, though it could turn to snow as the storm comes to an end, Reppert said.

Reppert said people should drive with caution on Christmas Day and leave earlier than usual in case of snow-covered or slick roads, particularly in areas of New England where roads are untreated.

Flights could also be delayed due to the storm.

“Definitely prepare for the worst,” he said. 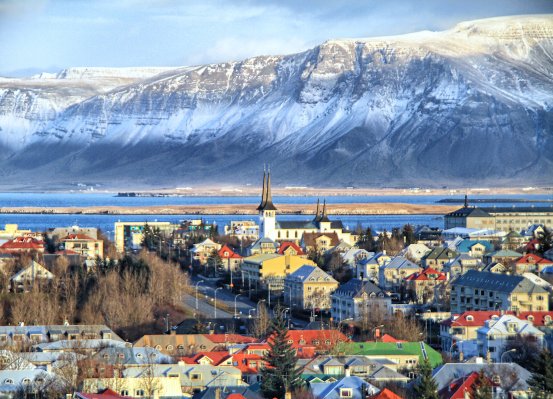 The 10 Best Places to Spend the Holidays, According to Travel Experts
Next Up: Editor's Pick