Affluent people have more resources available to them, and their status might suggest they’ve made smart decisions about money. But a recent study finds that people who aren’t rich may actually make wiser decisions when it comes to their relationships with friends, family and co-workers.

The research, published in Proceedings of the Royal Society B, examined the link between class and reasoning in two experiments: an online survey of 2,145 people from across the United States and in-person interviews with almost 300 residents of one county in Michigan. Both groups included people from varying economic backgrounds, from the nonworking poor to the middle- or upper-class.

People in the study were asked to recall recent experiences from their lives, or to consider hypothetical situations, that involved friends or coworkers. They also answered questions designed to determine how much they engaged in each of the five aspects of what the researchers called “wise reasoning style.”

People with wise reasoning style recognize the limits of their own knowledge (known as intellectual humility); recognize that the world is in flux and that situations can unfold in multiple ways; look at things from an outsider’s viewpoint; recognize the other side’s perspective in an argument; and search for ways to compromise and resolve conflicts.

The researches found that people in a higher social class “consistently related to lower levels of wise reasoning,” the authors wrote in their paper. The results were consistent across different regions of the United States and occurred regardless of people’s IQ, age, gender and personality differences in agreeableness, openness to new experiences and consideration of others’ emotions.

The findings suggest that higher social class “weighs individuals down” by undermining their ability to reason wisely, the study authors wrote in their paper. “The rich may have the affordances that provide the foundation for higher education and potential for wealth,” lead author Igor Grossman, associate professor of psychology at the University of Waterloo, told TIME by email, “but they may have less of the affordances that teach them—or force them—to reason wisely about interpersonal conflicts.”

Other research has suggested that wealthier people are more narcissistic and get more happiness out of their own accomplishments than from their relationships with others. The same type of independent mindset “may enable them to more likely ‘shrug off’ their interpersonal conflicts and reason less wisely,” says Grossman.

A person’s ability to relate well to others also seems to depend on the status of people nearby. A rich person in a low-status position—compared to his or her boss, for example—may be just as wise as a lower-class person, Grossman says. “There is research on how experimental manipulations of power and status change your perception of reality,” he says, “including feeling of entitlement.”

The new research only found class differences in reasoning around interpersonal conflicts, and Grossman stresses that the findings don’t necessarily translate to decision-making around finances, careers or other areas of life. He’s also not suggesting that being “wise” has much to do with why a person is rich or poor.

“In our view, this has more to do with the social structure and lack of social mobility in the United States, rather than their ability to reason about interpersonal affairs,” he says.

What the study does suggest, he adds, is that people who want to be wiser should strive for a more interdependent mindset. “Take a third-person perspective, and the perspective of the other person in the situation,” he says. “Understand that situations and perspectives can change in time, and the importance of collaborating and cooperating to maintain long-term relationships.” 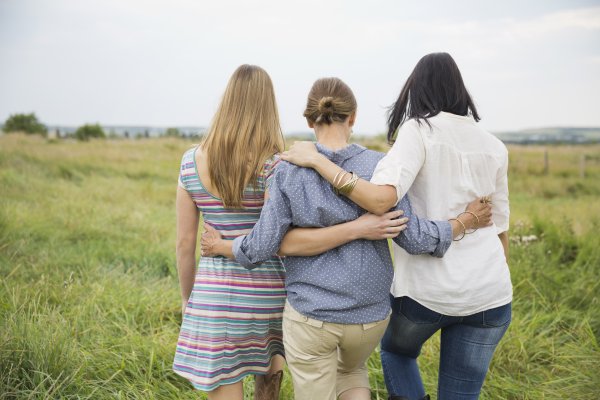 Money Can’t Buy Happiness, But It Does Change How You Experience It
Next Up: Editor's Pick