The Skull-Shaped 'Halloween Asteroid' is Coming Back in 2018

Back in 2015, Halloween was also celebrated in the skies, as a skull-shaped asteroid flew by earth on Oct. 31.

The asteroid is coming back next year, but it’ll be a little late for the Halloween parties. Halloween asteroid 2015 TB145 will make its return in mid-November 2018, according to a release from the Institute of Astrophysics of Andalusia in Spain. It makes a lap around Earth ever 3.04 years, according to Space.com. It also reflects about five or six percent of the sunlight that hits it, making it just slightly more reflective than charcoal for comparison. Astronomers also think it could be a dead comet.

2015 TB145 gained attention in 2015 not just for its spooky looks but for its proximity to Earth as well. It came within just over 300,000 miles of Earth, just farther than the moon, which orbits about 239,000 miles away. However, in 2018 the asteroid is expected to stay further away, at about 105 Earth-moon distances. It’s expected to return on Halloween proper in 2088, when it will be about 20 lunar distances away, the Institute of Astrophysics of Andalusia said. 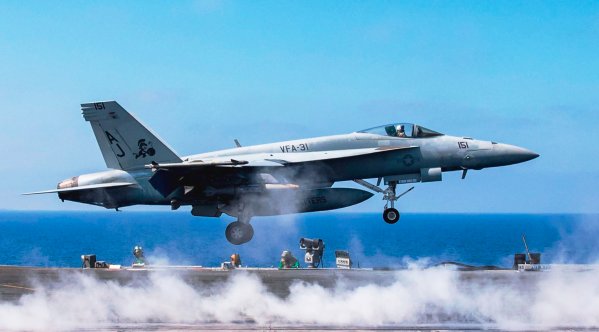 Navy Pilot Says UFO He Saw Off California Was ‘Not of This World’
Next Up: Editor's Pick