‘A Pervasive Culture of Abuse.’ Miss America Winners Speak Out After CEO’s Inappropriate Emails Are Revealed

Former Miss America winners named in degrading emails sent by the organization’s executives spoke out Friday about sexism and a “pervasive culture of abuse” within the beauty pageant.

Miss America 2013 Mallory Hagan — whom Haskell shamed for her weight and sex life in emails — said she felt “validated” by the evidence of the crude language and insults within the organization.

“When I first read the emails in the article, I wasn’t shocked, but I was validated,” Hagan told the TODAY show on Friday. “For the longest time, I’ve tried to explain to people around me that this is happening, or these things are being said, and to have the ability to then look on paper and say, ‘See, I told you.’ … I felt validated in my feelings for the last couple of years.”

In a statement on Thursday, the Miss America Organization (MAO) said Haskell had apologized to the board for his comments. “Please note that MAO does not condone the use of inappropriate language and apologizes for this situation,” the statement said. “The Board of Directors took the allegations very seriously, investigated them, and considers the matter closed.”

Miss America 1998 Kate Shindle, who appeared in emails in which Haskell joked about her death, called for the removal of those involved.

“Every single person who participated in that type of conversation needs to go,” Shindle said on the TODAY show. “They don’t get it. They don’t get what Miss America is or what it can be.”

“You can apologize for the bad words or the bad statements, but it’s so clear that there’s a pervasive culture of abuse,” Shindle told TODAY, accusing pageant leadership of “conspiring to abuse and degrade young women.”

Former Fox News anchor and Miss America 1989 Gretchen Carlson, who has spoken out about sexual harassment since bringing a lawsuit last year that led to Roger Ailes’ ousting, also called for the resignation of pageant executives.

“Every [Miss America Organization] executive & board member who engaged in such crude behavior & signed off on it like it was no big deal should resign immediately,” she said in a tweet. 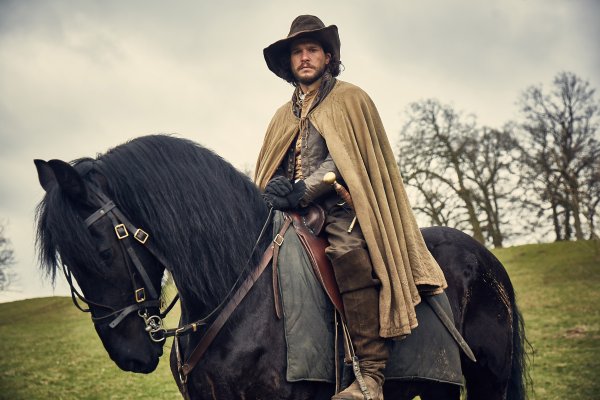 The True Story Behind the HBO Miniseries Gunpowder
Next Up: Editor's Pick