The conversation this fall around sexual harassment and abuse has led millions of women to speak out about their experiences and begin demanding change in their industries. Now the movement has reached a new community: evangelical Christians.

More than 140 evangelical Christian women published a statement this week calling on churches to support women who come forward with stories of abuse, and to address what they see as silence by many church leaders and congregations.

Within about 24 hours of the statement’s release on Wednesday, it garnered more than 3,000 signatures, including prominent Christian women like authors Jen Hatmaker and Ann Voskamp, poet Amena Brown and Lynne Hybels, co-founder of one of the country’s largest churches. The statement features the hashtag #SilenceIsNotSpiritual and kicks off a campaign that will run through Easter.

“Women of all faiths, races, cultures and backgrounds are bravely breaking their silence,” the statement said, “yet many in communities of faith do not match their bravery with action. Instead, feeling the problem is too pervasive, they have acquiesced, leaving whole churches and communities paralyzed.”

The women behind the campaign — Belinda Bauman of One Million Thumbprints and Lisa Harper of Freedom Road, according to Religion News Service — said that Christian women, like women of all backgrounds, have been discussing this violence and abuse for years.

“This ‘now’ is not a new ‘now.’ There have been generations of women in the church that have been saying exactly what we’re saying for years,” Bauman told RNS. “It just happens to be a moment of decision where the structures that be can listen or not.”

The campaign comes after the #ChurchToo hashtag, where women shared experiences of sexual violence in the church community on social media after the #MeToo movement exploded this fall. A number of Evangelical women have spoken out over the past year about how their community often shies away from political or negative topics.

But that seems to be changing in the age of President Donald Trump, who has been accused by nearly 20 women of sexual misconduct, and Roy Moore, who recently lost his Alabama Senate race after he was accused of preying on teenage girls but still won 80% of white evangelical voters.

“We call our pastors, our elders, and our parishioners who have been silent to speak up and stand up for all who experience abuse,” the #SilenceIsNotSpiritual statement said. “There is no institution with greater capacity to create protected spaces for healing and restoration for survivors, as well as confession, repentance and rehabilitation for perpetrators.”

Still, the women who signed the statement hope that by speaking up they can encourage their churches to take action and “fight both systemic and individual injustices in our midst.”

“Doing nothing is not acceptable. Silence is not spiritual,” the statement said. “And action is not optional.” 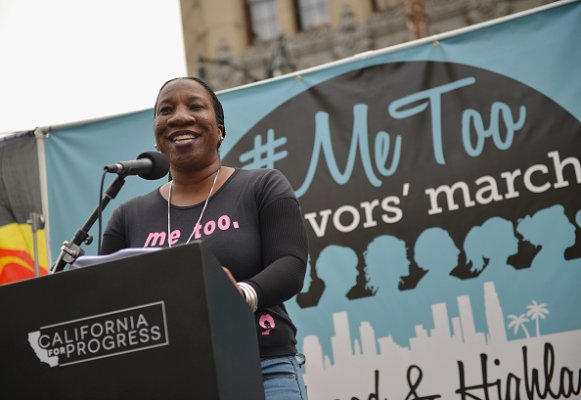