There's a Very Good Reason You Missed This Buzzy Cameo in Star Wars: The Last Jedi

Some Star Wars fans were puzzled as to why Tom Hardy seemed to be nowhere to be found in The Last Jedi when he was rumored to have a cameo role.

But as it turns out, there’s a good reason even the most eagle-eyed viewer couldn’t spot Hardy in Episode VIII: his scene was cut.

Accotrding to /Film, a sequence in which Hardy, dressed as a Stormtrooper, encounters the incognito Finn, Rose and DJ onboard the Supremacy is part of the 20 minutes of deleted scenes that will be featured on the Blu-ray/DVD version of Last Jedi.

Back in January, Hardy had offered a cryptic response to The Hollywood Reporter when grilled about his involvement in the film.

“I don’t know if I can even say that,” he replied when asked about playing a Stormtrooper. “Where did you hear that?…Ah, the internet is a glorious web of deceit and misinformation, isn’t it?”

At least now we know the truth. 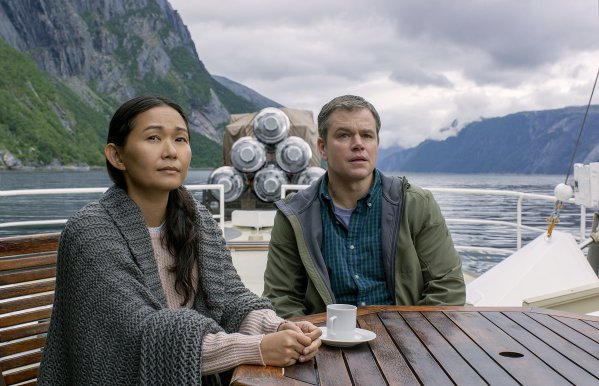 Downsizing Features Thorny Questions and One Terrific Performance
Next Up: Editor's Pick