The best thing about London’s train stations used to be pretending to be the Pevensie children who were waiting for the school train, but ended up in Narnia, instead.

Then riders could wile away the hours waiting for a train by looking for Platform 9 3/4 at King’s Cross Station in the hopes of catching the Hogwarts Express with Harry Potter and friends. Now, the best part of London’s train stations comes courtesy of Reddit, Mashable reports. The website’s users have turned London’s rail stations into a treasure hunt for those in the know.

It all started when a Redditor purchased a train ticket from Birmingham to London for the wrong day. Since they couldn’t get a refund for the ticket, they decided to leave it at the train station. The ticket buyer then posted a map on Reddit telling any interested party where they could find a free ticket.

The person who found the train ticket decided to pay it forward, by leaving a free ticket from London’s Euston Station to Birmingham for any treasure seeker to find. They returned to Reddit and posted a map to the secret location.

The good cheer continues to spread across London’s train stations, as the person who found the free ticket to Birmingham left a gift certificate to the restaurant Pret a Manger, with a map and the suggestion to “Get a coffee and a sandwich before your train.”

The game shows no signs of slowing as other denizens of the Casual UK subreddit have been adding to the fun, leaving tickets in train stations around London, and posting their whereabouts online. 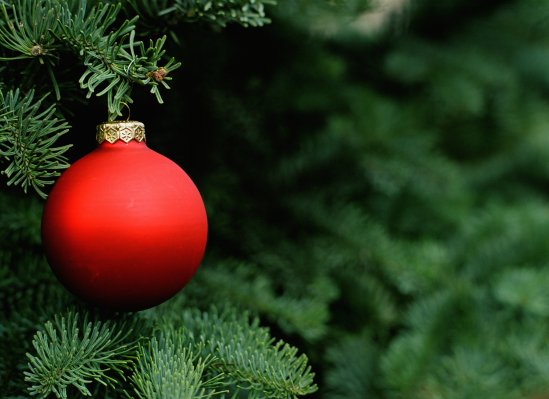 Dramatic Dad's Reaction to a Fake Christmas Tree Idea Is Internet Gold
Next Up: Editor's Pick