A Timeline of Recent Terrorist Attacks in Australia

At least a dozen people were hurt on Thursday when a driver in a white SUV plowed through pedestrians at a busy intersection in Melbourne, Australia. Police have not confirmed whether the motive is terrorism-related, but Victoria Police told media that the incident was believed to be “a deliberate act.”

If it is terrorism, this would be far from Australia’s first attack. Here’s a list of recent such incidents in the country:

On September 23, 2014, 18-year-old Abdul Numan Haider stabbed two counter-terrorism officers in Endeavour Hills, a suburb of Melbourne, before he was shot dead. Haider’s passport had been cancelled by authorities who feared he was planning to join ISIS.

On December 15, 2014, a lone gunman named Man Haron Monis held eighteen people hostage the Lindt chocolate café in central Sydney. Police officers stormed the café after a 16-hour standoff in which three people were killed including the gunman.

On September 20, 2016, a 22-year-old man inspired by ISIS stabbed an unknown man in the Sydney suburb of Minto. The culprit was charged with committing a terrorist act and attempted murder.

On April 7, 2017, two teenagers went on a stabbing spree in the town of Queanbeyan, killing one and harming three others. Police in New South Wales said one of the teenagers may have had terrorist links.

On June 5, 2017, 29-year-old Yacqub Khayre stormed an apartment complex in Brighton, a suburb of Melbourne. One woman was shot dead and another held hostage. The gunman was killed after shooting three police officers. He reportedly told police over the phone, “This is for IS, this is for Al Qaeda.” 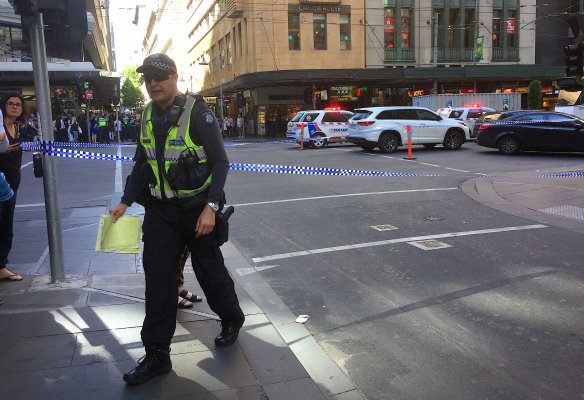 19 Injured in Melbourne Car Attack
Next Up: Editor's Pick