“My greatest dream realized,” Kardashian wrote on Instagram alongside a bump picture. “We are having a baby! I had been waiting and wondering but God had a plan all along. He knew what He was doing. I simply had to trust in Him and be patient.”

“Thank you to everyone for the love and positive vibes! I know we’ve been keeping this [quiet] but we wanted to enjoy this between our family and close friends as long as we could privately. To enjoy our first precious moments just us. Thank you all for understanding. I am so thankful, excited, nervous, eager, overjoyed and scared all in one! But it’s the best bundle of feelings I’ve ever felt in my life!”

Although the mama-to-be wore diamond rings in the image, which caused some to speculate that she was married, a rep for the reality star said this was “not true.” (Kardashian has previously shown off the rings on Instagram.)

PEOPLE first broke the news back in September that Kardashian, 33, and Thompson, 26, were expecting a baby together. Multiple sources confirmed in late October that they will welcome a son together in early 2018. Thompson also has a 1-year-old son named Prince Oliver from a previous relationship with his ex-girlfriend Jordan Craig.

“They are absolutely thrilled,” a source revealed to PEOPLE in September of the couple. “This isn’t something they were in a rush to announce to the whole world, and it’s only been in just the past week or so that they’ve felt comfortable telling most of their inner circle.”

“This is something Khloé has wanted for years and years and yet it’s more than that: She didn’t want it unless she was in the right relationship for it,” the insider said, adding, “This is such a wonderful moment for her: not only is she going to be a mother, she is going to be raising a child with a man she truly loves. Everyone is over the moon for them both.”

Kardashian isn’t the only one in the family expecting a child. Her pregnancy news came days after sources confirmed to PEOPLE that sister Kylie Jenner and boyfriend Travis Scott are expecting a baby girl. She is due in February.

Sister Kim Kardashian West and husband Kanye West are also expecting their third child — a daughter — after hiring a surrogate to help them expand their family.

Jenner, 20, has yet to confirm her baby news, while a Dec. 13 Keeping Up with the Kardashians trailer teased that the family may finally reveal Kardashian’s baby news. Kardashian West, 37, spilled the beans about her little one on the way in the 10-year-anniversary season trailer for the show.

Kardashian and Thompson, a center/power forward for the Cleveland Cavaliers, first stepped out together in early September 2016 and have been spending much of their time together since then in Cleveland — even celebrating Halloween, Thanksgiving and Christmas there together last year. They then rang in 2017 in Miami with one another.

Ahead of Thanksgiving this year — which she hosted in Cleveland — the star used website and app to share some of the things she’s grateful for. “Believe me, I know how truly blessed I am,” Kardashian said. “I thank God every day for this life. It’s important to remember your blessings all year long, but Thanksgiving is a good time to take a moment and be appreciative.”

Of course, it comes as no surprise that Thompson is top of the list. “I am truly grateful for Tristan and all that he has brought into my life!” she praised the Cleveland Cavaliers player, whom she has been dating for over a year. “He has been a huge positive influence on me and has given me a new level of happiness and love.”

Though Kardashian and Thompson aren’t yet engaged, the Revenge Body star opened up to ES Magazine in April about the possibility of tying the knot with the sports star — admitting she would say yes if he popped the question and is excited about the prospect of starting her own brood.

“I would love to have a family. We’ve talked about it. He [already] is a father, and I know for a fact that he would be an impeccable father,” she revealed.

“I definitely want to be a mom. But I don’t put the pressure on it. It’s not like, ‘The clock is ticking.’ I feel in my soul it will happen.” 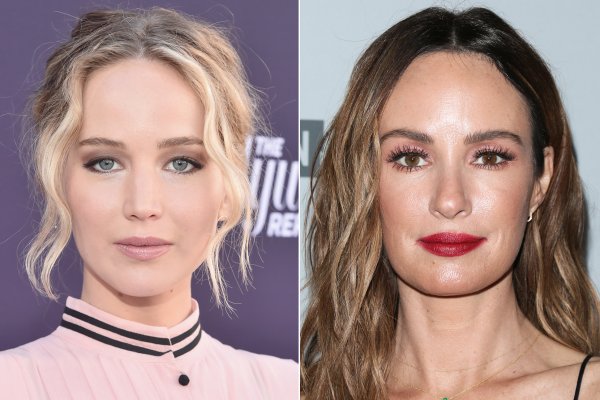