WASHINGTON, DC - OCTOBER 2: (AFP-OUT) President Donald Trump looks on during a meeting with Prime Minister Prayut Chan-o-cha of Thailand in the Oval Office of the White House October 2, 2017 in Washington, DC. The White House will most likely press Chan-o-cha to add pressure on North Korea to curtail or end its growing nuclear weapons program. (Photo by Olivier Douliery-Pool/Getty Images)
Pool—Getty Images

President Donald Trump has commuted the prison sentence of an Iowa kosher meatpacking executive who was sentence to 27 years in prison for money laundering.

The commutation is Trump’s first in office and comes following the encouragement of multiple members of congress and other high-ranking officials who argued the sentence was too harsh.

Sholom Rubashkin ran the Iowa headquarters of Agriprocessors, a family business that was the country’s largest kosher meat-processing company.

Rubashkin was convicted in 2009 of financial fraud for bilking the plant’s bank by submitting fake invoices that made the company’s finances appear healthier than they were so that it could borrow more. His prosecution came after federal authorities raided the plant and arrested 389 illegal immigrants in 2008.

He has served more than eight years of his sentence. 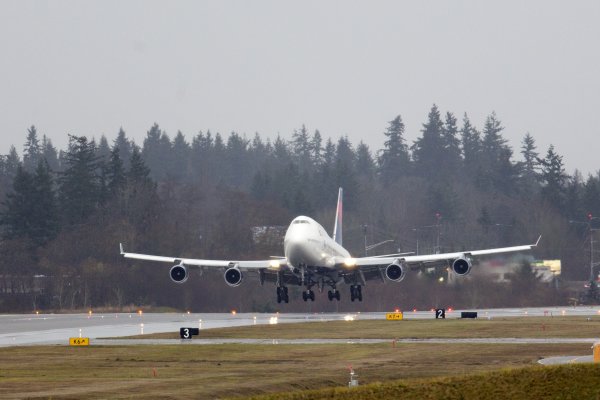 Delta Is Saying Goodbye to its Boeing 747, the 'Queen of the Skies'
Next Up: Editor's Pick