By Ari Natter and Jennifer A. Dlouhy / Bloomberg

Congress is close to lifting a 40-year-old ban on energy development in Alaska’s Arctic National Wildlife Refuge, but drilling for oil in that frozen wilderness may still be years away as the effort faces exhaustive environmental reviews and likely lawsuits.

It could be a decade or more before any well is drilled, following required environmental scrutiny and permit reviews — and then the inevitable lawsuits from local communities and environmental groups opposed to any development in that rugged wilderness.

“It’s still an open question about whether drilling will ever happen there,” said Matt Lee-Ashley, a senior fellow at the Center for American Progress and former Interior Department official. “It’s hard to image that drilling will occur in the next 10 years — or ever.”

The House voted Tuesday for a tax bill that includes a provision mandating that the Interior Department hold lease sales in the so-called 1002 area of the Arctic Refuge, a coastal portion of the 19-million-acre federally protected wilderness area. The refuge is estimated to contain 11.8 billion barrels of technically recoverable crude.

The House, in a revote, passed the measure Wednesday, sending it to President Donald Trump for his signature.

“ANWR by itself would be a big bill,” Trump said before the vote, noting that oil drillers had tried to open it for 40 years.

After years of dogged effort, the vote is a victory for Alaska Senator Lisa Murkowski, the measure’s chief benefactor. Republicans included a provision that would have sped up federal environmental reviews, but that was stripped out of the measure because it ran afoul of budget rules.

Drilling proponents say they are undaunted by the idea of a long wait — or numerous lawsuits — before oil production becomes a reality.

“These are long term plays, so the development doesn’t happen overnight,” said Kara Moriarty, president of the Alaska Oil and Gas Association. While it may take “many years” for ANWR to produce oil, companies realize the refuge could eventually provide a geyser of crude.

But environmentalists who successfully fought ANWR drilling for decades aren’t giving up. Their battle is just shifting from Capitol Hill to federal courtrooms.

“The fight has just begun,” said Bernadette Demientieff, executive director of the Gwich’in Steering Committee that was formed in 1988 to combat oil drilling proposals. “We will rise up and protect the Arctic Refuge and the ‘Sacred Place Where Life Begins’ just as our ancestors have before us.”

Without detailing specific plans, conservationists have vowed litigation at every milestone on the long path to leasing in the refuge and potential oil-drilling there, stoking uncertainty about the potential activity for years after Trump signs the tax bill.

That could translate into lawsuits challenging energy companies’ bids to do seismic research aimed at mapping underground formations that could contain oil and gas, the environmental reviews necessary before any lease sale and the process of issuing drilling permits.

Authorities will have to comply with environmental requirements embedded in multiple federal laws, including mandates for extensive review and public comment before any leasing — providing another opportunity for legal scrutiny. Shoddy environmental evaluations can undermine lease sales long after they happen.

And there’s precedent for that. Royal Dutch Shell Plc stunned observers by spending $2.1 billion snapping up offshore leases in the Chukchi Sea during a 2008 government auction. But that lease sale was thrown into years of doubt after critics successfully challenged the government’s environmental analysis that underpinned it, prompting a court order to redo the assessment in 2010. It wasn’t until 2015 that the lease sale was finally affirmed.

Shell’s experience and environmental could threaten the “attractiveness” of developing resources in Alaska, analysts from Barclays Plc said in a note Wednesday.

And, although Congress is compelling lease sales in the refuge, the decisions that lead to an auction could be in the hands of another president.

A future president who opposes drilling in ANWR could slow-walk selling leases or permitting wells in the coastal plain — or even halt the activity. While that resistance could in turn be challenged, the ensuing litigation might take years.

And all of that means more delay.

“Senator Murkowski got this provision in the tax bill because she had her leadership over the barrel, but filling that barrel with oil is going to be a lot harder than she ever dreamed,” Niel Lawrence, Alaska director at the Natural Resources Defense Council, said in an interview. 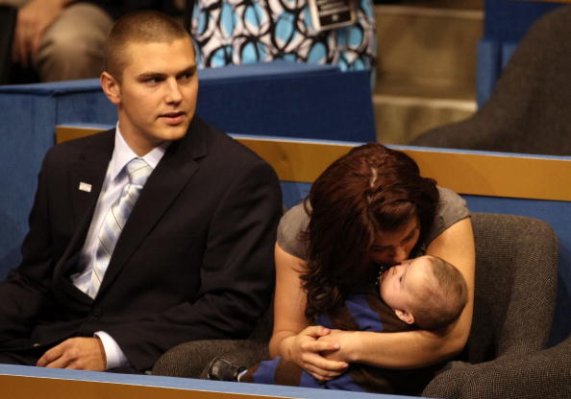