A spokesman for Myanmar leader Aung San Suu Kyi said on Wednesday he had been informed that the police had almost completed their investigation of two arrested Reuters journalists, after which a court case against them would begin.

Zaw Htay said the two reporters, Wa Lone and Kyaw Soe Oo, would then have access to a lawyer and be able to meet members of their families. “It will not be long. The investigation is almost done,” he said by phone.

The spokesman said the Ministry of Home Affairs and police told him on Tuesday that Wa Lone and Kyaw Soe Oo were being detained in Yangon, were “in good condition” and had not been subject to “illegal questioning.”

A number of governments, human rights and journalist groups have criticized Myanmar’s authorities for holding the pair incommunicado since their arrest, with no access to a lawyer, colleagues and their family members.

Asked if the police were respecting their human rights, Zaw Htay replied: “Yes, yes, I have told them not do those things.”

Wa Lone, 31, and Kyaw Soe Oo, 27, completed a week in detention on Tuesday, with no word on where they were being held as authorities proceeded with an investigation into whether they violated the country’s colonial-era Official Secrets Act.

The act carries a maximum prison sentence of 14 years.

The two journalists had worked on Reuters coverage of a crisis that has seen an estimated 655,000 Rohingya Muslims flee from a fierce military crackdown on militants in the western state of Rakhine.

They were arrested on Dec. 12 after they were invited to dine with police officers on the outskirts of Myanmar’s largest city, Yangon. 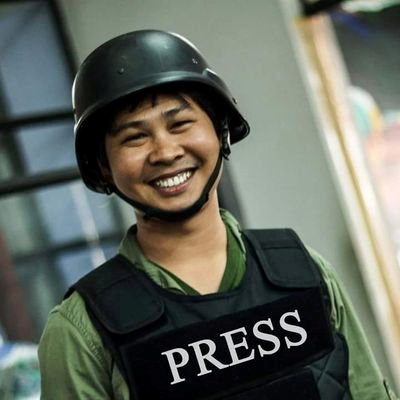